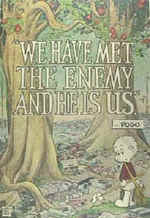 In a year that may end up remembered more for the natural catastrophe that closed it out, the transition to sustainable transportation lurched into a higher gear and began jerkily picking up a little bit of speed.

Four inter-related macro factors affect its development and adoption; each had significant developments during the year.

Fuels. In 2004, the world had a foreshadowing of oil supply crises to come as demand came precariously close to outstripping supply. Forecasters had not anticipated the enormous surge in growth and demand represented mainly by China, by also by other rapidly developing countries. As worries about supply disruption from the insurgency in Iraq combined with volatility in Russia, Venezuela and Nigeria to push the price of oil higher than $55 per barrel, a growing number of voices began pointing to the approaching peaking of global oil production.

As the year closes out, oil prices have eased back to $43+ per barrel, yet remain 34% higher than last year.

Due in part to the petroleum situation, interest in biofuels and synthetic fuels surged this year. Ethanol production in the US is at an all time high, and biodiesel is rapidly picking up speed. Some automakers, such as DaimlerChrysler and now Ford with its new diesel-hybrid concept car (Earlier post), are pointing to biodiesel as a critical component in years to come.

Emissions and Climate Change. The big melt appears to be on. More data and analysis poured in confirming the acceleration of warming and pointing to the dangerous changes that warming will cause. The Kyoto protocol—a starting point for reducing CO2 emissions—was ratified, although the US remains an obdurate holdout.

Many of the Kyoto nations are not on track to meet their emissions reductions.

Hybrids, led by Toyota’s Prius, went solidly mainstream this year, collecting quite a bit of media coverage as well as long lists of customers waiting for delivery. Other automakers who had been working with hybrids as one of a multitude of advanced technologies, or who had other short-term priorities, are moving to add more hybrids more quickly. The best example of that is the recently announced GM-DaimlerChrysler partnership on developing hybrid systems they can deploy in a variety of vehicle applications. (Earlier post)

Clean diesel continued its rapid growth in marketshare in Europe, representing more than 70% of new car sales in some countries. The growth in diesel in Europe exacerbates the continent’s problems with PM emissions, however. (Earlier post).

Despite Ford’s cancelling of its US CNG auto line, and GM’s reduction of domestic models, Honda is pushing forward with consumer sales of its natural gas Civic GX. Honda is also trialing a home CNG fueling system, called Phill. (Earlier post) Natural gas vehicles are seeing a surge in use internationally, and especially in transit fleets.  Many see CNG helping lay the infrastructure for hydrogen fueling.

One of the noticeable aspects of the Challenge Bibendum in Shanghai this year was the number of battery electric vehicles—especially from Chinese labs and manufacturers. Plug-ins and plug-in hybrids are coming back onto the scene. DaimlerChrylser is rolling out a plug-in hybrid version of its Sprinter commercial van.

Hydrogen continues to be the long-term solution favored by automakers and policymakers. Fleet trials of hydrogen vehicles grew in number during the year. Honda broke some ground by putting its second-generation FCX with a Honda-developed fuelstack into cold-weather operation in New York State and Hokkaido Prefecture. (Earlier post)

The market. The biggest story, though, and ultimately the key driver of the transition, is the market. Mass market demand continues to push oil consumption higher. Although demand for the Prius forced Toyota to increase production and allocation several times, the total number of hybrids available and sold still represents a very small fraction of the total market.

At the same time, demand for SUVs and light trucks continues to grow in the US. Ford, which is having a terrible sales year in most areas, broke its own sales record by selling 912,000 F-Series trucks this year. The F-Series alone accounts for more than 5% of total U.S. vehicle sales in 2004.

DaimlerChrysler is increasing its US marketshare helped in large part by the success of its Blingmobile—the 300 series, almost half of which go out the door with the hefty HEMI engine. (Earlier post).

The HEMI is a sophisticated engine, and uses Chrysler’s version of cylinder deactivation (Multi-Displacement System—MDS) and other enhancements to deliver fuel economy gains of up to 20% under various driving conditions, and a projected 10% overall improvement. But the 300 with a HEMI is still a two-ton car that gets 17 mpg city, 25 mpg highway.

The market still predominantly rewards power and size—and this will affect the application of hybrid and other fuel-saving technologies. Honda’s new Accord Hybrid sacrifices some potential fuel economy to deliver a car that is more powerful than its standard gasoline model, while reducing fuel consumption. That’s great, but the net effect will be to limit the potential gains in fuel conservation.

Indeed, a study this year by Oak Ridge National Laboratory projected that diesels and hybrids would capture more than 40% of the light-duty vehicle market by 2012— with a resulting impact on fleet average fuel economy of about +2% in 2008 and +4% in 2012. (Earlier post)

The study presumed no further increase in CAFE standards, and no major changes in consumer buying habits—i.e., big and powerful still carry the day.

The technologies increasingly are available for sustainable transportation. They need a market. And the market, to paraphrase Pogo, is us.

Great post, thanks, and happy new year to you too!

I suppose that you will agree with my opinion that the greenest car will be the Nonpolluting pneumatic vehicles and refeeding eolian station. Please examine our invention description which we had sent to your address: mmillikin@bioagemedia.com. May be we could collaborate in research and commercialization. Do you agree?
Best regards,
Prof. Dr. Sc. Eng. Iosif Tripsa