The Governors Ethanol Coalition (GEC) has released a set of recommendations for the support of the development of ethanol from new biomass feedstocks and for the support of the proposed National Renewable Fuels Security Standard. The report, Ethanol From Biomass: America’s 21st Century Transportation Fuel, is available on the GEC website, here.

The GEC started as a 9-state governors’ working group in 1991. Since then, membership has grown to include the governors of 30 US states and international representatives from Brazil, Canada, Mexico, Sweden and Thailand. Its stated mission is to promote increase the use of ethanol-based fuels.

The GEC recommends as goals: 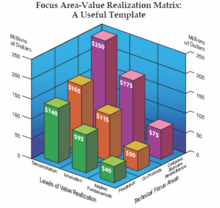 The coalition calls for an $800M, 10-year research effort on that last point: the development of ethanol from biomass—i.e., from lower-value, higher availability, cellulosic agricultural and bio waste such as corn stalks, wheat straw and wood waste.

The coalition recommends a focusing on three primary biomass areas, represented in the chart at the right, to:

The GEC further recommends that the federal government offer market-based production incentives for commercial demonstration and technology application to support the large-scale operations required to produce 1 billion gallons of biomass-derived ethanol a year at a cost that is competitive with gasoline and diesel.

The explicit focus on biomass is interesting, given that the core of US ethanol production in from corn, and that many policy proposals that are emerging focus on the benefits to that particular sector and feedstock.

Although there are some economic concerns should wild demand for corn destined for car engines drive up its price, there is a larger issue looming over the corn-based production of ethanol that the report touches upon and that the recommendations begin to address: the energy and emissions cost of ethanol production.

To encourage the most energy-efficient production of ethanol, the Coalition recommends amending the federal tax code to provide additional per gallon incentives, based on the energy efficiency of the production process and the resulting carbon emissions. This system should be designed in a manner that does not penalize existing corn ethanol production by reducing incentives for those processes, but rather encourages innovation by rewarding the development and use of feedstocks and processes with superior lifecycle energy and emissions profiles.

The GEC report is very careful to cast this in non-threatening language, but they do address it.

The issue of whether or not ethanol production has a positive or negative net energy balance—i.e., whether or not more energy is used to grow and process the raw material into ethanol than is contained in the ethanol itself—has raged on for decades, with papers and studies flying back and forth across the divide.

Journey to Forever has a useful listing of some of the primary studies, both pro and con, here.

To that list, on the con side, I would add a paper by Tad W Patzek. Patzek, a professor at UC Berkeley’s Department of Civil and Environmental Engineering, who had earlier authored a paper with Pimentel, one of the energy critics of ethanol, has recently updated (24 March 2005) a paper, Thermodynamics of the Corn-Ethanol Biofuel Cycle.

It’s an interesting and detailed paper, and in it he reviews and corrects the assumptions and calculations of both primary pro- and con- ethanol factions (including some of his earlier work), while making new calculations of his own. His conclusion is that corn ethanol is a net loss to the environment and in energy, and a net contributor of CO2. Nor is he particularly keen on biomass-based ethanol, as a paper published earlier this year (with Pimentel) details. Patzek would prefer the research money (and crop subsidies) flowing to ethanol and corn production go instead to solar and hybrid research.

Nobel Laureate (Physics, 1997) and current Director of the Lawrence Berkeley National Laboratory, Steven Chu, has a slightly different view. In a plenary address this week at the Institute of Physics Physics 2005 conference, Dr. Chu urged scientists urgently to focus on carbon-neutral fuel sources.

The US already subsidizes farmers to grow corn to turn into ethanol, but $7bn in the past decade has been wasted because the process isn’t carbon-neutral. “From the point of view of the environment,” explains Chu, “it would be better if we just burnt oil.”

“But carbon-neutral energy sources are achievable. A world population of 9 billion, the predicted peak in population, could be fed with less than one third of the planet”s cultivable land area. Some of the rest could be dedicated to growing crops for energy. But the majority of all plant matter is cellulose—a solid, low-grade fuel about as futuristic as burning wood. If scientists can convert cellulose into liquid fuels like ethanol, the world’s energy supply and storage problems could both be solved at a stroke.“

This is where the termite guts come in. A billion years of evolution have produced a highly efficient factory for turning cellulose into ethanol, unlike anything which humans can yet design. By exploiting these tricks, says Chu, we can use biology as a solution to a pressing world problem. (Physorg)

The “termite” reference highlights his current research interest: how termites can ingest indigestible cellulose and convert it to ethanol.

That might not be quite what the GEC had in mind, but a likely pathway to efficient biomass-based production of ethanol (or other fuels, such as hydrogen, for that matter) lies through this sort of biological research.

Producing ethanol from biomass is a laudable concept in general, however including corn stalks (stover) and wheat stubble in this practice deserves closer scrutiny.

Any time residue is removed from a field there is a price to be paid in removed plant food nutrients and reduced protertion from soil erosion.

Neither of these issues are a small matter and should be factored into any calculations evaluating energy production and energy effeciency.

MOROVER: FOR 20 YEARS USG, LAWRENCE LIVERMORE HAS WORKED ON, KNOWN ABOUT UNDERGOUND COAL GASIFICATION PROCESS TO EXTRACT OIL, GAS FROM COAL, LEAVING ASH BELOW GROUND WITH NO ENVIRONMENTAL IMPACT. EVERY COUNTRY OF WORLD WITH COAL IS ALREADY INTO THIS PROCESS OR MOVING TOWARD IT: AUSTRALIA: CHINCILLA PROJECT. ENVIRONMENTAL IMPACT.. NONE. SILISIA AREA OF EUROPE, COAL PRODUCING REGION OF EUROPE, HAS 11 OR 12 UNDERGROUND GASIFICATION PROJECTS ALREADY, MOVING TOWARD MORE. LLMORE LABS IS DOING A COOPERATIVE PROJECT WITH INDIA. JAPAN, CHINA, MOVING INTO IT. U.S.? INSTEAD PUTTING $350 BILLION INTO TRAINS TO TRANSPORT COAL ABOVE GROUND. WHO'S LINING THEIR POCKETS/ AGRIBUSINESS! ENERGY SPECULATORS. FLEECING OF AMERICA!!!!!!!!!!!!!!!!!!!