The membrane electrode assembly (MEA), which includes the gas diffusion layer (GDL), is a critical component of a PEM fuel cell that must meet exacting performance standards for the fuel cell to be robust and reliable. Ballard prototyped GDLs from Zenyatta graphite—which included an anode and cathode sub layer—and then incorporated it into a MEA that was tested in a fuel cell stack to characterize fuel cell performance.

From an environmental and cost advantage, the Ballard report also concluded:

Synthetic graphite is not only used in major components of fuel cells, but also many other applications such as the manufacture of anodes for lithium-ion batteries and the fabrication of high-purity graphite powder into complex industrial parts. It is a large and high value global market (~US$15 Billion) that is growing rapidly. However, the cost to produce synthetic graphite is high and its production also has significant environmental impacts.

Zenyatta has shown an estimated operating cost of ~US$2 per kilogram for purified Albany graphite in the preliminary economic assessment and can also potentially show a significant environmental advantage over synthetic graphite.

Given the positive results from this Phase 4 testing, Zenyatta and Ballard will study the scale up of various fuel cell components made from Albany graphite and develop plans to carry out additional rigorous testing specifically related to automotive applications.

The Albany Graphite Deposit comprises two vertical, carrot-shaped breccia (a rock that is a mixture of angular fragments from different types of rocks surrounded by a fine-grained matrix) pipes which have been determined to extend to a minimum of 500 m; both are open at depth. The deposit has no surface expression as it is overlain by muskeg, glacial till and Paleozoic carbonate rocks of the James Bay Lowlands.

Graphite occurs in the matrix as disseminated crystals, crystal aggregates and veins, as well as along crystal boundaries and as small veins penetrating the breccia fragments. The deposit is interpreted as near-surface volcanic vent breccias that formed during the ascent of carbon-rich fluids (carbon dioxide and methane) that separated from the alkalic magmas of the Albany Alkalic Complex. 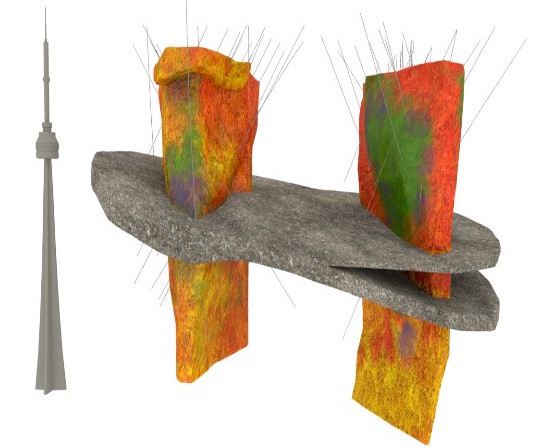 The hydrothermal graphite deposit can be upgraded with very good crystallinity without the use of aggressive acids and high temperature thermal treatment. Zenyatta also discovered an easy and environmentally friendly process that consist of grinding, floating and caustic treatment using sodium hydroxide. The company has been able to achieve a carbon purity result of >99.9% in bench-scale tests, using this proprietary and environmentally safe method of purification.

The results of a Phase 3 program were released by Zenyatta in December 2015. All functional tests completed at that time showed the properties of Zenyatta’s Albany graphite to be as good as the benchmark synthetic graphite presently used by Ballard in fuel cell technology. These positive results led Ballard to incorporate Zenyatta material into a fuel cell stack in order to test it under realistic operating environments.

Using lower cost high quality Albany natural graphite in PEM FC and rechargeable batteries may be a way to lower mass production cost of both.

Many more high quality natural graphite mines could be developed?