ITM Power announced the sale of a 1MW electrolyzer system with some additional equipment to ZEAG Energie AG. ITM Power currently has £11.40 million (US$16.4 million) of projects under contract and a further £7.28 million (US$10.5 million) of contracts in the final stages of negotiation constituting a total pipeline of £18.68 million (US$26.9 million).

The system will comprise an electrolyzer, compressor and apparatus to fill tube trailers. The electrolyzer will have a nominal capacity of circa 0.9MW in normal operation with an overrun capability of 1MW. The system will be owned and operated by ZEAG but housed in a specially constructed building located at DLR (Deutsches Zentrum für Luft- und Raumfahrt), the German Aerospace Centre in Lampoldshausen. ITM Power is exploring a small further engineering consultancy contract to assist DLR with extended use of hydrogen facilities. 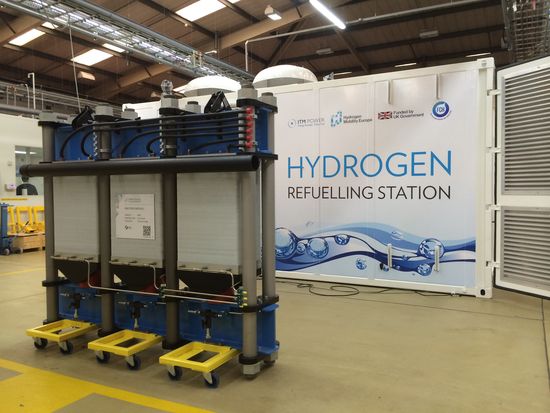 The system is being supplied with a two year warranty plus a five year maintenance contract. Delivery is planned for the first quarter of 2017.

ZEAG engages in the production and supply of electric power in Germany. The company generates electricity through wind power, hydropower, photovoltaics, nuclear, fossil, and other fuels. It also supplies natural gas to industrial, commercial, and residential customers in the northeastern district of Heilbronn.