Volkswagen released a few teaser images for the Beijing Concept luxury SUV to be revealed at the Beijing auto show next week. The vehicle—which Volkswagen says previews its direction with SUVs—demonstrates both the continued digitalization of the automobile, as well as a performance-oriented plug-in hybrid powertrain. 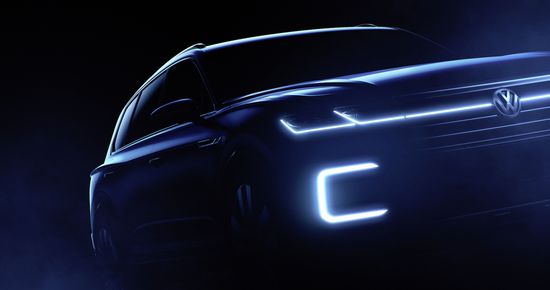 Volkswagen says that the digital operation and display system enables a new level of interactivity.