>ABB announced the total fuel savings of the entire installed Azipod fleet since being launched is estimated to be more than 700,000 tons. Assuming the average family car uses one ton of fuel annually, this savings corresponds to the annual fuel consumption of 700,000 cars. The Azipod electrical propulsion system—in which the electric motor with propeller is mounted inside a streamlined pod capable of 360-degree movement beneath the ship—has evolved to become the industry standard for the marine industry. The system can drive and steer the ship at the same time.

The gearless, steerable propulsion system reduces fuel consumption by up to 20% and achieves decimeter accurate maneuverability without the aid of tugboats. It is installed on an extremely wide range of vessels, including the world’s largest cruise ship (6,600 passengers); the most advanced icebreaker; one of the largest crane vessels in Asia; a 105-meter luxury superyacht; and most recently, an innovative cargo transfer vessel. 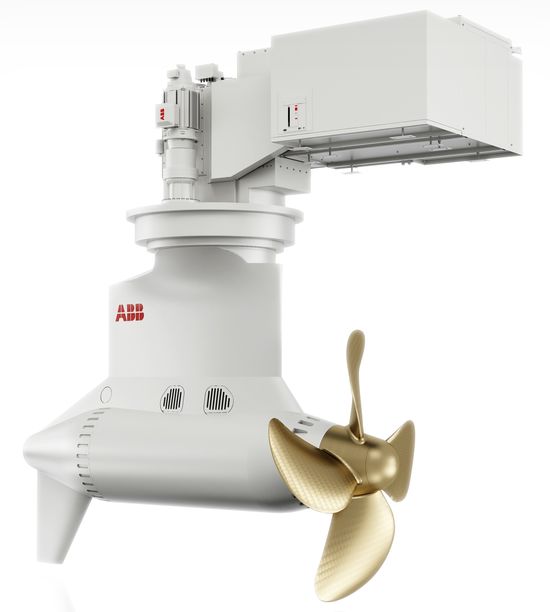 According to Clarkson’s Research, the leading shipbroker and research firm, the number of vessels with electric propulsion is growing at a pace of 12% per year, three times faster than the world’s fleet.

That sounds great, except what does it do for batteries and how do they charge the batteries? Hopefully not with a diesel generator out at sea.

The electric drive of the pods is an alternative to a mechanical drive train. Almost all electricity is produced by IC generators. The whole setup is just more efficient.