The new version of the Gran Turismo offers three new gasoline and five diesel engines with noticeably higher output; all the engines are turbocharged and burn up to 14% less fuel. A total of 18 engine, transmission and drive configurations are available for the BMW 3 Series Gran Turismo. 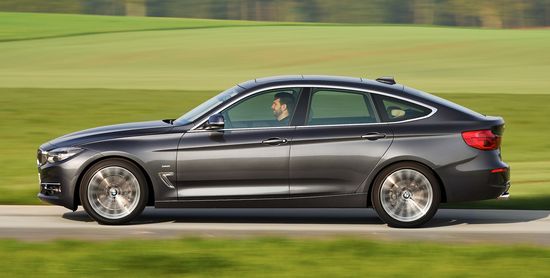 Considerable efficiency gains have been made with the new engines, despite their increased output. The reductions in fuel consumption and CO2 emissions range from 4.5% in the BMW 318d Gran Turismo to 13.8% for the BMW 320d Gran Turismo.

(Fuel consumption figures are based on the EU test cycle, and may vary depending on the tire format specified.)

All the four- and six-cylinder gasoline engines and four-cylinder diesels are taken from the newly developed, modular BMW EfficientDynamics engine family and enjoy the benefits of advanced BMW TwinPower Turbo technology. The arrival of the updated BMW 3 Series Gran Turismo sees the new gasoline engines slotting into this model’s line-up as well.

All members of the engine family share a standardized design principle, with a displacement per cylinder of 500 cubic centimeters, an in-line cylinder arrangement and an extremely lightweight, thermodynamically optimized all-aluminium construction. The crankcase is remarkably rigid due to its closed-deck design, which means that the cylinder water jacket is closed at the top.

All the four-cylinder power units have balancer shafts for refined performance throughout the rev range. The modular nature of this engine family is also reflected in the standardized interfaces for the engine mounts and the connections to the cooling circuit, the intake and exhaust systems, as well as the heating and air conditioning systems.

All the gasoline engines employ a turbocharger integrated in the exhaust manifold. This means the exhaust gases only have a very short distance to travel to the turbocharger system, paving the way for extremely fast throttle response. The switch from direct to indirect charge air cooling means even sharper responsiveness, as the compact design with a far smaller volume and reduced pressure loss within the intercooler enable boost pressure to build up faster.

The SYNTAK (Synergy Thermoacoustic Capsule) technology in the four- cylinder gasoline engines brings about a further reduction in fuel consumption. This innovative new encapsulation technique allows the engine to cool down more slowly, maintain a much higher temperature for up to 36 hours and endure fewer cold starts as a result.

All the members of the new BMW EfficientDynamics engine family are equipped with the latest generation of BMW TwinPower Turbo technology. For the gasoline engines, this comprises TwinScroll turbocharging, High Precision Direct Injection and Double-VANOS variable camshaft timing, plus the benefits of Valvetronic fully variable valve timing.

The all-new addition to the diesel ranks is the BMW 325d Gran Turismo. The other four-cylinder diesels have been available to customers since the launch of the new engine generation in summer 2015.

The BMW 320i Gran Turismo, 318d Gran Turismo and 320d Gran Turismo come as standard with the six-speed manual gearbox, but can also be ordered with the eight-speed Steptronic automatic transmission as an option.

All other engine variants feature the automatic as standard. Three more variants of the car (the BMW 330i Gran Turismo, BMW 340i Gran Turismo and BMW 325d Gran Turismo) are offered exclusively with the efficient Steptronic unit than was the case with the outgoing model.

Improvements in efficiency, an increase in ratio spread and a reduction in converter slip during the gear-change process bring about a 3% drop in fuel consumption and CO2 emissions. At the same time, customers can expect both driving comfort and shift comfort to be heading in the opposite direction.

All gasoline-engined BMW 3 Series Gran Turismo variants and the diesel-powered BMW 320d Gran Turismo and BMW 330d Gran Turismo can be specified as an option with BMW xDrive. The BMW 335d xDrive Gran Turismo has this all-wheel-drive technology as standard.

The latest version of the BMW Navigation system Professional will now also be offered in the BMW 3 Series Gran Turismo—the first time a mid-size model has been available with the upgraded system.

In a clear departure from previous versions, the top menu features a “tile” display of the six main categories. The next operating step within the menu structure has a preview form, creating an attractive and intuitive user experience. 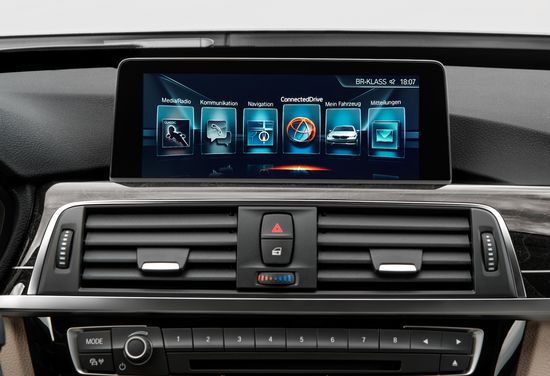 Linking up mobile phones has become more convenient, as smartphones can now also be charged and connected to the car’s external aerial wirelessly via an inductive tray.

Using the SIM card built into the vehicle, the optional BMW ConnectedDrive Services enable the customer to enjoy optimum connectivity and the benefits of services such as the Concierge Service, Online Entertainment with direct access to millions of music tracks, and RTTI (Real Time Traffic Information).

The old auto-industry make frequent claims about increasing efficiency every year it is 10 to 20% more efficient. Yet there is zero long-term improvement of MPG. It is all BS. The fact is that they keep producing cars that pollute a lot and that causes millions of people to die prematurely every year from air pollution and millions more are killed or severely injured because their cars are far less safe than they could be. The only car maker that takes pollution and car safety serious is Tesla.

The old car industry needs to do like Tesla and stop lobbying for less strict rules on safety and emission standards.

I'm curious to see how reliable these units are as I know vehicles like the Prius has been proven robust in severe taxi environments.

Odd that there is no hybrid or plugin hybrid in a new model. I wonder how long it will take BMW to get round to fitting its PHEV drivetrain to the Gran Turismo.