Air pollution from sources such as transport and agriculture is still being emitted above legal limits in 10 European Union (EU) Member States according to new data published by the European Environment Agency (EEA). The main reasons for the exceedances are emissions from road transport (NOx) and agriculture (NH3).

As of 2010, all Member States are required to meet their emission ceilings, but preliminary 2014 data and final data for 2010-13 in the EEA’s new briefing NEC Directive reporting status 2015 shows that a number of countries consistently breached their limits for NOx, NMVOCs and NH3 in all these years.

Key findings of the new report: 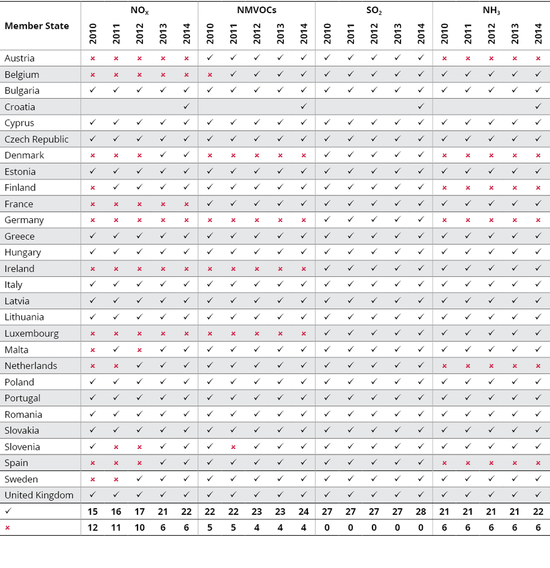 A revised National Emission Ceilings Directive was proposed by the European Commission as part of its 2013 Clean Air Policy Program. The proposal, which included new 2020 and 2030 reduction commitments for the four currently-covered pollutants, as well as new ceilings for two additional pollutants—fine particulate matter (PM2.5) and methane (CH4), is currently being negotiated by the European Parliament and Member States under the Dutch EU Presidency.