The Dunkirk (France) LNG regasification plant, a turnkey project performed by Techint E&C and SENER as part of the TS LNG consortium, has received its first LNG carrier, thus initiating the installation’s commissioning phase. Its commercial operations are slated to begin in mid-September.

In 2011, TS LNG and Dunkerque LNG (a subsidiary of EDF) signed a turnkey contract to build the processing plant for the terminal. Since then, Techint E&C and SENER have worked together to build and launch a high-efficiency, high-performance plant. In order to complete the construction work, TS LNG coordinated with consortia in charge of the LNG tanks and the tunnel that will collect the seawater to be used in the vaporization process.

The Dunkirk regasification plant is equipped with three 190,000 m3 storage tanks and it has an average natural gas production capacity of 13 BCMA (billion cubic meters per annum), with a maximum flow volume of 1.9 million m3 (n)/h (million cubic meters per hour). It has a berthing dock, unloading arms and pipes, storage tanks, regasification and gas emission systems, a Boil-Off Gas (BOG) recovery system, a flare stack, a seawater pump system for vaporization, auxiliary systems, and a complex with the buildings (offices, control and safety facilities, workshops, etc.) needed for operations.

Within the TS LNG consortium, Techint E&C and SENER have worked in close cooperation to develop all of the basic and detailed engineering, procurement all of the equipment, and perform the construction for the civil engineering, buildings, berthing dock, loading pipes and regasification processing plant. 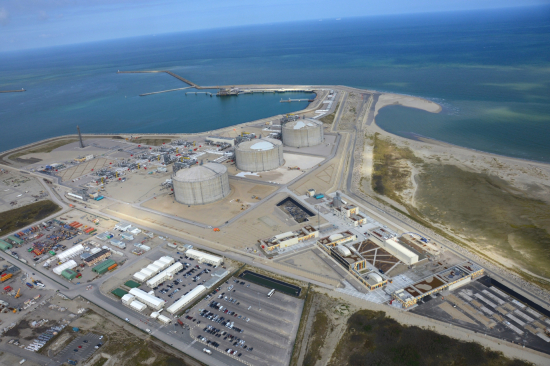 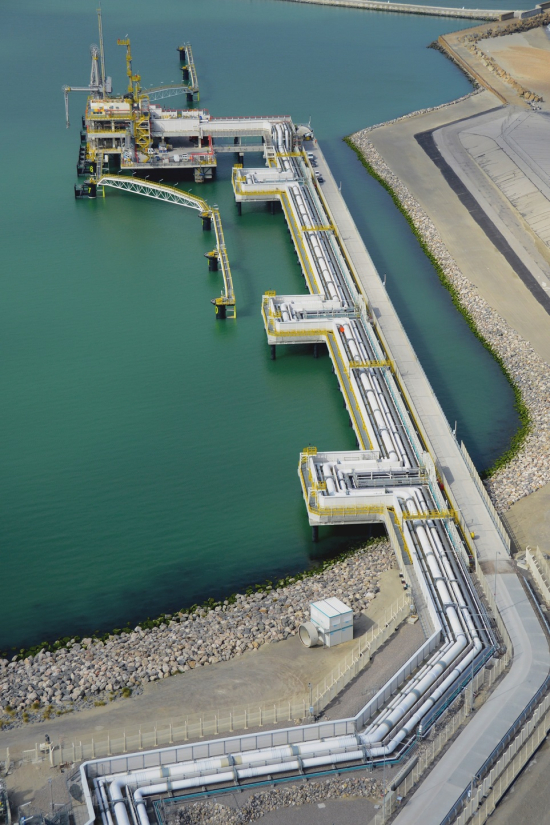 According to Gas Infrastructure Europe (GIE), in 2015 Europe had 28 operational LNG import terminals; 8 under construction (one of which was the Dunkirk plant); and 26 more planned.

The result of the alliance in 2007 between Techint Engineering & Construction and SENER, the joint venture TS LNG specializes in performing LNG projects in EPC or turnkey format.