GE Aviation will enter the Farnborough Air Show on Monday with a wave of new product and technology introductions while expanding its factory network to deliver on a record $154-billion industrial backlog of product and services.

From running the first full GE9X engine for the Boeing 777X (earlier post)—fired more than seven months ahead of a typical engine program schedule—to certifying the Passport jet engine for the Bombardier Global 7000 and Global 8000 (earlier post), GE Aviation this year is introducing new jet engines for business jets to wide-body airline aircraft. GE Aviation has announced eight new factories in eight years to respond to record engine orders. By year’s end, GE and CFM International (the 50/50 joint company of GE and Safran) will have more than 15,000 commercial engines on back order. 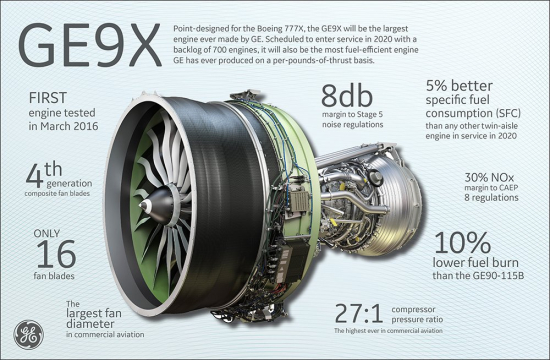 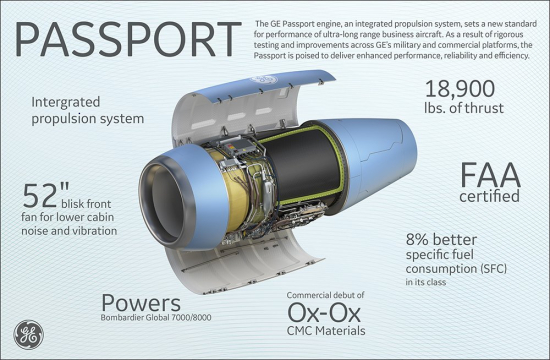 Production CFM LEAP-1A engines (earlier post) are being delivered on time for the new Airbus A320neo for entry into service this month. The recently certified CFM LEAP-1B engines are being flight tested on the new Boeing 737 MAX for entry into service in 2017 (earlier post). In response, GE Aviation this year opened a new assembly factory in Lafayette, Indiana for the LEAP engine family.

With these new engines, GE is introducing break-through technologies such as ceramic matrix composites (CMCs) and components produced with the additive manufacturing process. In the military realm, these technologies have helped GE’s advanced demonstrator engines achieve the highest temperatures and compressor pressure ratios of any jet engines in history. 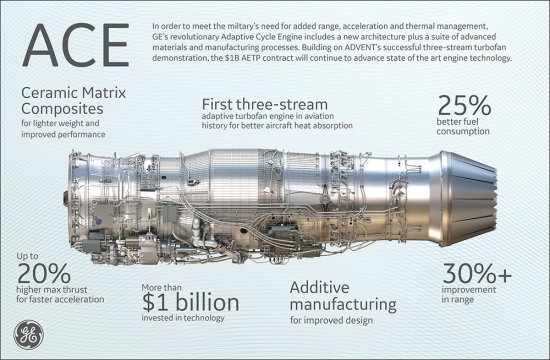 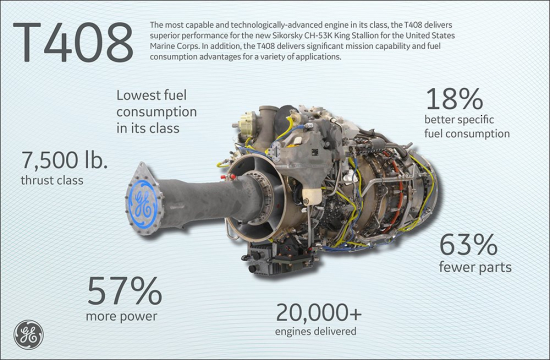 GE Aviation this year transitioned the approximately 34,000 jet engines in commercial service that are monitored and diagnosed around-the-clock to the company-developed Predix cloud-based platform, which has resulted in operational data being captured and analyzed with greater speed and accuracy. To support GE Aviation’s digital efforts, the company this year is opening Digital Collaboration Centers in Paris, Shanghai, and Austin, Texas.

A digital technology thread runs through the entire life cycle of GE engines, from its new factories that produce advanced materials and components, through engine developments, to maintaining those engines through decades of operational service.