Hyundai and the US Department of Energy (DOE) are extending their fuel cell vehicle confirmation program, originally from 2013 through 2015, to a second phase, from 2016 through 2017.

The program involves Hyundai providing a number of Tucson Fuel Cell CUVs (earlier post) for daily use and confirmation by the DOE using existing hydrogen infrastructure. This phase of the program will make significant use of a newly-opened hydrogen refueling station in the Washington DC region. 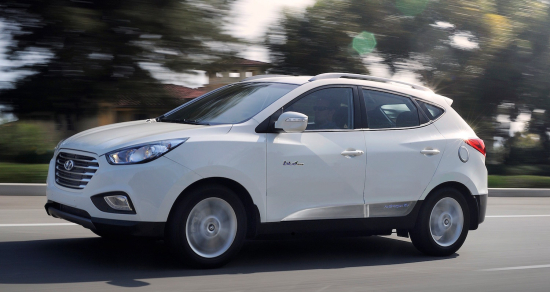 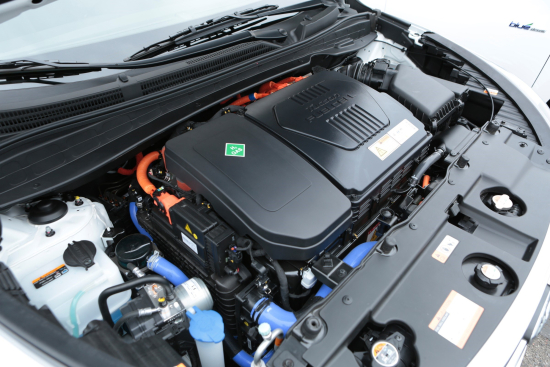 Phase one of the Hyundai/DOE program focused exclusively in the Southern California region, where the earliest hydrogen infrastructure existed. In February, Hyundai reported that Hyundai Tucson Fuel Cell drivers had accumulated more than 1,000,000 miles on the roads and highways of Southern California. (Earlier post.) Hyundai has delivered nearly 100 Tucson Fuel Cell crossovers since its introduction as the first mass-produced fuel cell in the US market in June 2014.

The Tucson Fuel Cell is equipped with a Hyundai’s latest 100 kW fuel cell stack, coupled to a 100 kW, 221 lb-ft (300 N·m) electric induction motor, allowing it to reach a maximum speed 100 mph. A 0.95 kWh, 24 kW Li-ion battery pack (the same as in the Sonata hybrid) provides energy storage from regeneration.

The Hyundai/DOE partnership effectively continues preparation for the rollout of fuel cell vehicles nationwide in the near future. Some key advantages of hydrogen fuel cells over battery-powered electrified vehicles is their quick refueling capability, longer range, more flexible vehicle size scalability and maintenance of range performance in colder climates.

Quote' and maintenance of range performance in colder climates. ' So these manufacturers admit that evs have shorther range in colder climate and i live in montreal and nobody here buy evs except some few volts. So they losed billions on evs that few buy and will lose some other billions on hydrogen too.