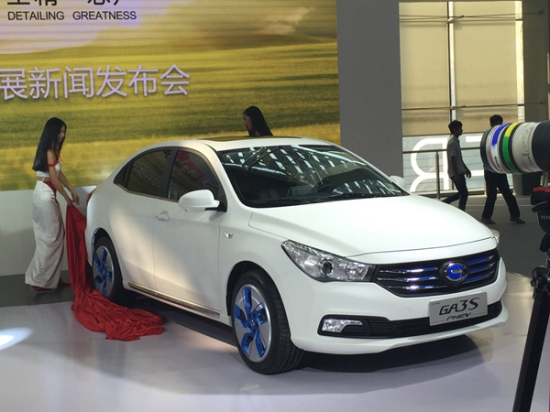 The G-MC integrates the generator, traction motor, clutch, drivetrain and differential as a system. The 1.5-liter engine features a compression ratio of 13:1, with fuel consumption of 225 g/kWh only.

GAC Motor says that it has been able to lower the production cost in the new factory significantly.

A new 90-meter-long engine assembly line can produce more than 200 models of engines, bringing the annual production to 700,000 engines.

Latest statistics from China Passenger Car Association showed that GAC Motor has sold a total of 159,000 cars in the first half year of 2016, achieving a 170% growth. In June, the company sold 26,100 vehicles in one month—a 143.6% year-on-year growth and highest among all Chinese automobile brands.

The company plans to achieve an annual production capacity of one million vehicles by 2020 upon establishing the global research and development network supported by GAC Automotive Engineering Institute, a global supply chain, cluster marketing and service model as well as founding the vehicle and powertrain platform, building the company’s core competitiveness strength in the international market.

Beautiful vehicles. China could flood the Local, Asian and World markets with those efficient PHEVs?