The Financial Times reports that Uber will invest $500 million into a global mapping project in an effort to decrease its dependence on Google Maps and to prepare for autonomous driving. The FT cited “a person familiar with Uber’s plans” as the source.

Uber has already hired Brian McClendon, formerly the head of Google Maps for more than a decade. In a post on the Uber site last week, McClendon noted that “Accurate maps are at the heart of our service and the backbone of our business.” 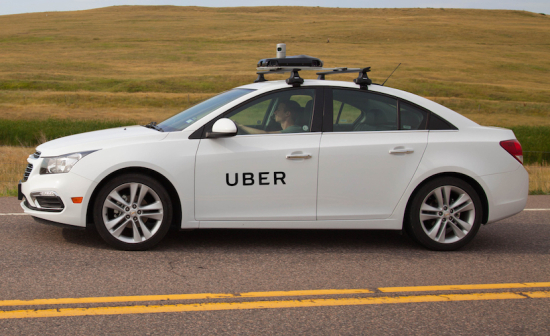 Today I lead Uber’s mapping efforts to ensure we can provide a safe, reliable ride—no matter where you are. To do that, Uber uses a mix of mapping technologies (including our own) to provide the underlying infrastructure for our apps.

Existing maps are a good starting point, but some information isn’t that relevant to Uber, like ocean topography. There are other things we need to know a lot more about, like traffic patterns and precise pickup and dropoff locations. Moreover, we need to be able to provide a seamless experience in parts of the world where there aren’t detailed maps—or street signs.

The ongoing need for maps tailored to the Uber experience is why we’re doubling down on our investment in mapping. Last year we put mapping cars on the road in the United States. This summer they hit the road in Mexico. Our efforts are similar to what other companies including Apple and TomTom are already doing around the world.

In August 2015, Uber signed a partnership with the University of Arizona focused on research and development in the optics space for mapping and safety. (Earlier post.)

In May, Toyota Motor Corporation and Uber entered into a memorandum of understanding (MOU) to explore collaboration, starting with trials, in the world of ridesharing in countries where ridesharing is expanding, taking various factors into account such as regulations, business conditions, and customer needs. As part of the partnership, Toyota Financial Services Corporation and Mirai Creation Investment Limited Partnership made a strategic investment in Uber. (Earlier post.)

Google has a big problem when it comes to commercializing its self-driving tech. In order to validate the safety of a self-driving system with regard to the all important death statistics you need to log about 6 billion miles per year. Google’s problem is that this will require about 400,000 cars driving 15,000 miles per year. Tesla will get that by 2018 and UBER could get it by outfitting all of their driver’s cars with self-driving tech.

Google needs a plan for how they will get their tech into 400,000 cars for validation testing. I do not see anyone wanting to help Google with that. The old automakers can easily do it be selling 400,000 cars with the needed tech once they have developed it. However, they will do it with their in-house developed tech because they all can (it is not rocket science anymore because we now have the needed processor and sensor tech to make it happen) and because it is corporate suicide not to have control over the self-driving tech. Without the fully self-driving ability you will not be able to sell a single car by 2025 so you need to develop and control that tech in-house. IMO the only option there is for Google is to buy a car company like Volvo or Jaguar and start outfitting all of their cars with self-driving tech. Since these cars are also mostly gassers Google will also need to transform this car making company into a BEV maker because all self-driving cars will eventually be BEVs as they have significantly lower cost per miles driven when operated as self-driving cars that drive over 50,000 miles per year.

Thanks for this interesting article and for highlighting such attractive Green Car Congress opportunities. This information should be useful for me during writing a reaction paper for college on the topic regarding the development of Green Car industry. I mean, I won't copy anything from the writings above, it's just inspired me on some thoughts which I aim to include in the reaction paper. Looking forward to reading more articles from you on the similar topics, thank you.

Really useful text, that makes people to think about future in mapping.I have faced with "mapping" first as a car driver and other times as a researcher . This resource pro-papers.com helped me very well. Here you can find absolutely everything that can help during study process.
Thanks author for the text and looking forward for new articles from you.

Being a traveler I always take the service from Uber and I am satisfied with the service. This post helped me to know know more about Uber and it's activities. I am a writer working at scholarship essay writing service.

Uber is the best taxi service out there. I even got a lab report at https://paperleaf.ca/lab-report/ about it. I believe that Uber will only improve down the road.

Uber is awesome. One day I want to work in this industry because it helps lots of people, it's profitable and interesting. But it won't be soon. I'm studying and right now I'm struggling with essays. I can't end them well. Found this article https://studymoose.com/how-to-end-an-essay and I hope it'll help me with this.