DOE: California had highest concentration of plug-in vehicles relative to population in US in 2015: 4.68 PEVs/1,000 people 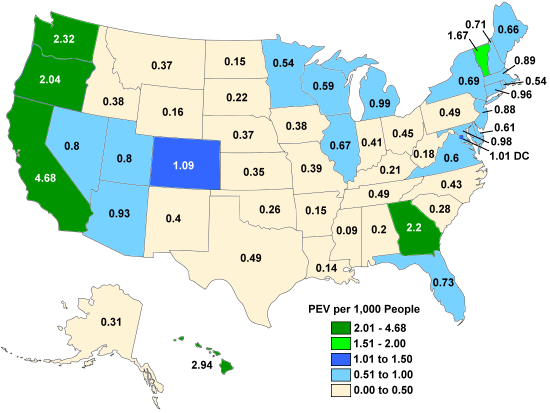 Georgia is the only eastern state with more than 2 PEVs per 1,000 people, likely due to generous state incentives that were offered until the summer of 2015, DOE suggested. Mississippi had the lowest concentration of PEVs, but all 50 states and the District of Columbia had at least some PEVs.

Here in North Carolina we are penalized with a $100 tax every year for owning a PHEV. How's that for incentive.

What is wrong with the east coast?
A liberal stronghold of well educated high earners.