The US Navy has completed flight testing of a 100% advanced biofuel in the EA-18G “Green Growler” at Naval Air Station Patuxent River, Maryland. The US Navy is a leader in incorporating alternative fuel into operational supplies, in order to increase mission capability and flexibility. 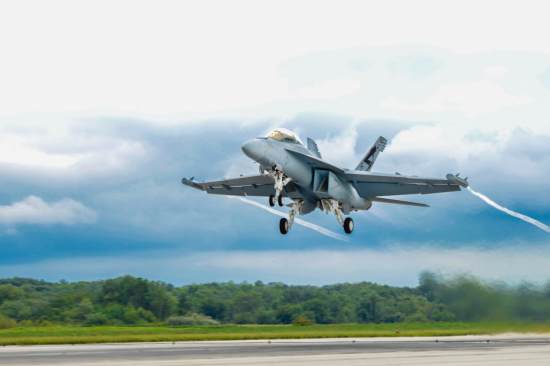 CHCJ-5 was developed as a variation of the commercial ReadiJet with the intention to meet the Navy’s JP-5 jet fuel spec and qualification protocols. The fuels team has evaluated five alternative sources for JP-5 and four F-76 sources since SECNAV kicked-off the program in 2009. The team, however, was already researching advanced biofuels in response to interest from the US Air Force and the commercial airline industry in 2008.

From takeoff to landing, you couldn't tell any difference. The information presented to us in the airplane is pretty simplified but, as far as I could tell, the aircraft flew completely the same as [petroleum-based] JP-5 for the whole flight.

That’s the technical premise of the Navy’s alternative fuels test and qualification program: the JP-5 produced from alternative sources must be invisible to the user, said Rick Kamin, energy and fuels lead for Naval Air Systems Command (NAVAIR).

The fuels program supports SECNAV’s operational energy goal to increase the use of alternative fuels afloat by 2020.

The Navy fuels team is collaborating with commercial activities such as the American Society for Testing and Materials (ASTM), the owner of commercial fuel specifications and the Commercial Aviation Alternative Fuels Initiative (CAAFI), which seeks to enhance energy security and environmental sustainability for aviation through jet fuel produced from alternatives to petroleum, Kamin said.