Vattenfall, BMW and Bosch are testing the use of second-life EV batteries in a 2 MW, 2,800 kWh energy storage system in Hamburg, Germany, to keep the electricity grid stable. 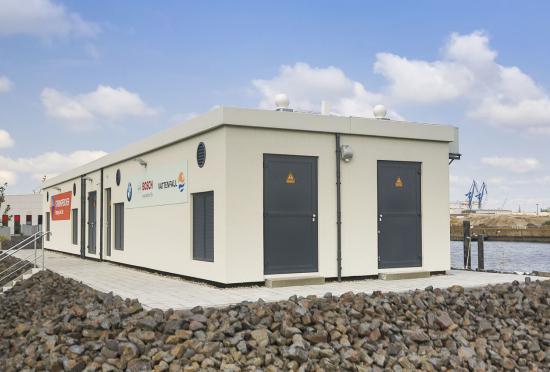 The joint project provides a useful second life for batteries previously fitted in BMW electric vehicles which have reached the end of their life cycle in the vehicle. After the used batteries have been tested and wired up, they are merged into the electricity storage facility where they constitute an important resource of the new energy landscape in stationary deployment. 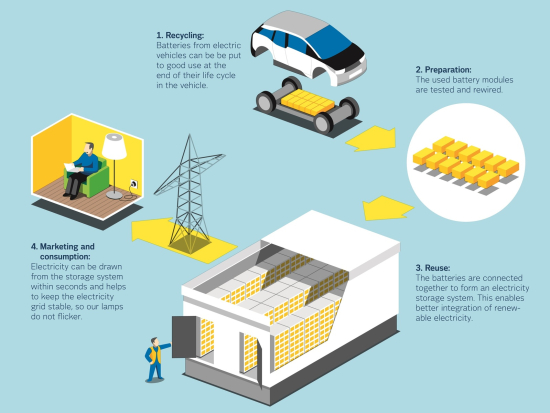 Bosch develops turnkey storage solutions for energy suppliers and industrial enterprises. Electricity storage systems are a key success factor for the new energy landscape. Thanks to smart electronic controllers, these storage systems can absorb excess electricity and release it again very quickly when needed. That way they help to stabilize the electricity grid. We expect to gain valuable knowledge from the Battery 2nd Life development project, and we regard it is as an important step on the way to a more efficient and more decentralized energy system.

The Battery 2nd Life development project organized by Vattenfall, BMW and Bosch kicked off in 2013 for a planned term of five years. The project partners hope to learn more about the aging characteristics and storage capacity of used lithium-ion battery modules.

Along with the electricity storage facility near the Steinwerder Cruise Centre in Hamburg, the project encompasses two other measures: Used batteries have been providing interim storage and power buffering for fast-charge stations in Hamburg’s HafenCity district since September 2014.

In another application, energy consumption from the photovoltaic facility of Vattenfall’s HafenCity district heating station is being maximized by interim storage of energy in batteries during sunny periods with low electricity demand.