Celeroton AG, a leading manufacturer of ultra-high-speed electrical drive systems with speeds up to 1 million rpm, has launched its first turbo compressors with gas bearings—unique in their weight and performance, being wear- and oil-free, and obtaining the highest levels of energy efficiency. The developed technology widens the horizon for application areas, where the operation of miniaturized turbo compressors has been either limited or not even possible including the oil-free air supply of fuel cells as well as low-maintenance air conditioning and heat pumps with the highest performance (in stationary as well as mobile applications e.g. hybrid and electric cars).

The Celeroton converters CC-230-3500 and CC-120-1000 are compatible with these turbo compressors and enable the sensorless control over the entire operating range. Thereby Celeroton offers a one-stop air supply.

The Swiss fuel cell company Swiss Hydrogen is already using the Celeroton air bearing turbo compressor CT-17.1000.GB with converter CC-120-1000 for the air supply of a 10kW range extender in an electric Fiat 500.

Swiss Hydrogen, a Swiss provider of mobile and stationary fuel cell systems, started the development of a highly efficient fuel system initially in 2008, based on hydrogen and pure oxygen (H2/O2 fuel cell), followed by a hydrogen and air fuel cell, under the name Belenos. While in 2013 the first prototypes were ready, the question regarding air supply hadn’t been solved. For the prototype systems in the laboratory, large and heavy compressors could be used. However, in the Fiat 500, that Swiss Hydrogen equipped with a fuel cell system, the space is even more limited than in common cars. 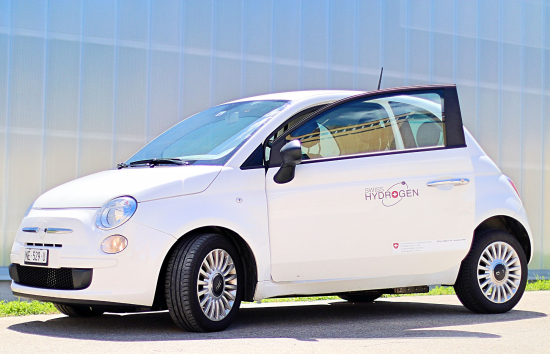 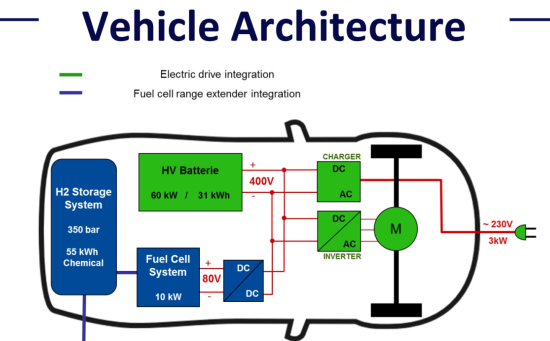 This requires that the blower for the air supply be very compact. At the same time, high pressure has to be reached—which increases the power density of the fuel cell and thus allows reducing the fuel cell stack size and cost. Another requirement is the need for a compressor with the highest efficiency possible, as the energy generated by the fuel cell is needed in the power train of the car and should not be wasted by inefficient auxiliary equipment such as the compressor.

In 2011, Swiss Hydrogen became aware of Celeroton and its highly efficient turbo compressors which are characterised by their high pressure capability at low input power. During initial tests with ball bearing turbo compressors, the power density of the fuel cell stack could be increased by 20-30% compared to conventional blowers.

Furthermore, the electrical subsystem of the fuel cell could be simplified as Celeroton is able to offer not only the turbo compressor, but also the converter for the control of the compressor. The converter is equipped with two different voltage inputs, allowing Swiss Hydrogen to omit one DC/DC converter – which additionally saves space and costs.

FCs are not dead and will soon be adapted to all size of vehicles, from airborne robots to cars, trucks, trains/locomotives and ships.