This injector will be applied in the future IVECO Cursor 13 DI-CNG engine being developed as part of the HDGas project in Europe. GDTech is the injector supplier to Fiat Powertrain Technology Industrial (which is in charge of the development of new IVECO engines for coaches, buses & industrial applications).

HDGAS will develop all key technologies up to TRL6/7.

Two scenarios were considered during the design phase of the DI-CNG injectors, resulting in different injector specifications:

The max engine speed considered is 2300 RPM; intermediate pressure levels can also be reached for the engine intermediate load points. These injectors can be controlled with a dedicated driver from 18V to 24V (with or without peak voltage). 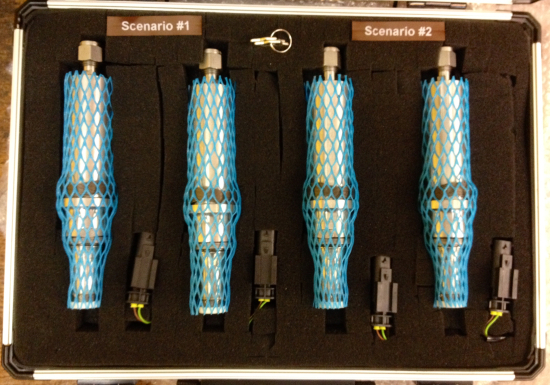 The direct-injection of natural gas allows advanced features such as:

GDTech has led R&D projects in the field of DI-CNG passenger-car engines (with the support of Wallonia Research Directorates) since November 2008.

Several injector concepts have already been developed proven on passenger-cars engines. A demo Peugeot 508 equipped with a DI-CNG converted engine is being tested on the dyno to meet Euro 6 emissions targets.

GD Tech has filed a patent to protect several points of the injector design. As a next step, these injectors will now be tested in single-cylinder test campaigns.