At the LCV 2016 event in the UK last week, Delta Motorsport unveiled a new low-cost micro-turbine applied as a range-extended in an electric car. The company developed the E-4 Coupe extended-range electric electric vehicle in a £3.1-million (US$4-million) collaborative R&D project. The Office for Low Emission Vehicles (OLEV) and Innovate UK co-funded the project.

The new system, dubbed MiTRE (Micro Turbine Range Extender), is specifically designed for use as a range extender for electric vehicles. Delta has produced two complete MiTRE prototype systems with 17 kW power output; one is fitted into the E-4 Coupe for further development.

The project was a collaboration between Delta Motorsport, Productiv, Hieta Technologies, the University of Bath, Schaeffler and Equipmake.

The device features small, lightweight turbo-machinery attached to an electric generator. This keeps the battery pack charged up or at least slows the power drain. 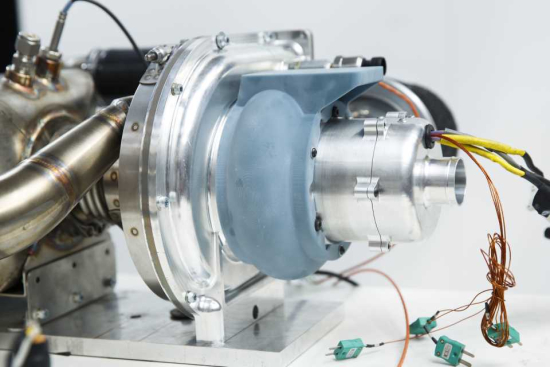 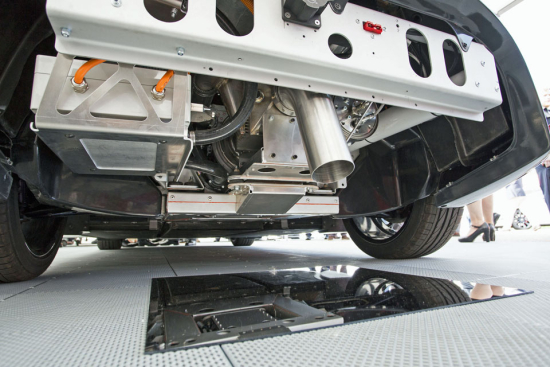 The MiTRE project sprang from Delta’s early work on electric vehicles in 2008-10, and it’s great to see the results of our efforts and those of our partners in the program. We now have a huge amount of interest in the system from automotive OEMs and Tier 1s, because we’ve focused from the start of the project on keeping the system small, light and inexpensive. Further developments in progress now will also reduce emissions (including NOx) to extremely low levels.

This report leaves many questions unanswered.
1) Low cost micro-turbine - what is the expected price (approx.)?
2) What is the volume of the additional equipment?
3) What is the weight of the total additional equipment.
4) Is it multi-fuel compatible (which fuels)?
5) What are the maintenance intervals of the turbine?
6) How high is the life expectancy?
7) Can it be used for heating as well?
8) Does it need cooling during operation? et, etc.

Im interested to buy over a pure bev. AS yoatmon say we do not have a lot of datas concerning this turbine, how much mpg it give. If so, forget the model 3 or the leaf or the volt, i'll buy this car because i want to inrease my personal mpg footprint. Im sick and tire of giving my money to oil companies and goverments trough taxs on gas.

might answer some of your questions. Surely, cost must be less than $3000 in volume production to be worth considering as a range extender.

I WANT to know how much mpg it give on the road.

Turbomachinery typically doesn't scale down very well - Reynolds number effects (has to do with turbulent flow and fluid-dynamic losses) become killer when the size goes down. Also, the Brayton cycle (gas turbines) either requires a very high pressure ratio (only achievable with multi-stage compression and expansion) or very efficient regeneration and recuperation (only achievable with heat exchangers having large surface area and low flow losses i.e. they have to be BIG) and I see no evidence of that.

The website mentioned above makes no mention of thermal efficiency or BSFC or anything of the sort ... and all this makes me think it's likely pretty poor.

Could be a good interim solution at least until FCs are improved and/or cost and performance of batteries (for BEVs) are greatly improved for extended range in all weather.

The idea of range extenders is to simply relieve peoples fear; not to operate the vehicle for long distances. This one has the advantage of turbines producing low NOx too.

Actually the Artemis Digital hydraulic system eliminates half or more of the fuel consumption without expensive and heavy electric motors generators or batteries. It can also work with turbines.

People have forgotten the Jaguar two turbine vehicle with turbines from Blayden jets, and the fact that Ian Wright of Wright speed and formerly of prius will sell an automotive version of his super turbine fuel saver for heavy vehicles. The Capstone turbine has been used in two concept passenger vehicles and many buses. ..HG..

Efficiency would be low, a six cycle rotary would be better.