The tests were carried out by the University of Bath Powertrain and Vehicle Research Centre (PVRC), using a Ford 1.0L EcoBoost engine, in a part-government funded program. The 1.0L engine with V-Charge delivered 250 N·m (184 lb-ft) torque, corresponding to a BMEP (Brake Mean Effective Pressure) of 31 bar. 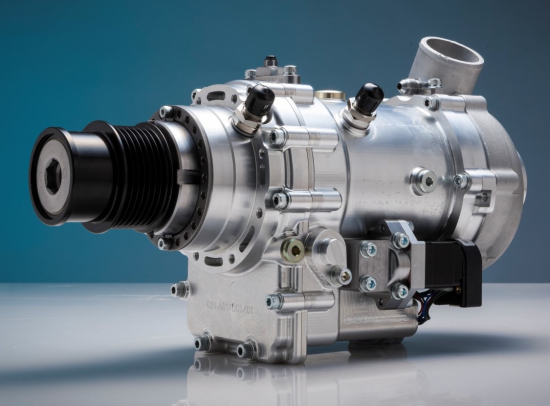 Transient performance was also significantly improved compared to the original 1.0L GTDI engine, which in production form is fitted with a single fixed geometry turbocharger.

The superior transient response of the V-Charge equipped engine, particularly at lower engine speeds, results in significantly improved driveability even compared to the 1.5L unit.

A Ford Focus powered by a 1.0L EcoBoost engine fitted with the V-Charge system will be participating in the ride-and-drive program at the Aachen Colloquium this week in Germany. 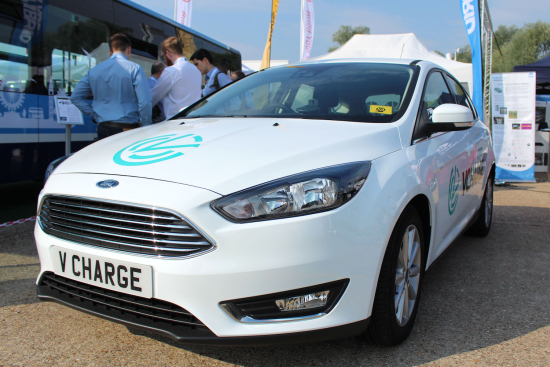 Following the Aachen Colloquium, the V-Charge demonstrator vehicle will begin a series of test drives with global vehicle manufacturers and Tier One automotive suppliers in Germany, France, Belgium and the UK.

Next generation downsizing and downspeeding remain the industry’s best near-term solutions for reducing carbon emissions. This requires two-stage pressure charging with the second-stage turbo sized to give maximum power, leaving a big challenge for the first-stage unit to ensure good driveability and transient response. It also requires the first-stage unit to continue operating higher up the engine speed range, before handing over to the large turbo. The results from the University of Bath testing demonstrate that V-Charge does this more effectively than other current boosting solutions.

Torotrak believes that both 48V electrical systems and positive displacement Roots type superchargers will struggle to meet the demands of future second-generation downsized engines. V-Charge has been designed to deliver continuous air power capability of up to 17kW achieving the first-stage boosting requirements on even the most aggressively downsized engines.

V-Charge uses a traditional centrifugal compressor, instead of a positive displacement Roots type blower, reducing power consumption, improving efficiency and requiring less package space. Packaging is also simplified by the quiet operation of V-Charge, eliminating the need for soundproofing. Test results for NVH show the sound pressure level of a V-Charge installation is up to 98.5% lower than a Roots compressor system.

Because V-Charge is driven by a Torotrak continuously variable transmission (CVT) with a wide ratio spread of 10:1, the compressor speed can be set independently of engine speed to deliver the right amount of air flow for every condition, without the need for a wasteful bypass. The CVT can change from minimum to maximum ratio in less than 400ms, and the actuation power during this rapid ratio change is less than 20W.

Although tested on a gasoline application V-Charge could, according to Dunne, achieve similar gains on a downsized diesel engine and bring additional emissions benefits.

The article is silent on what the BSFC is when the engine is running under boost.

184 lb.ft torque from a 1.0 L engine means it is running at a very high boost pressure (probably somewhere near 2 bar boost = 3 bar intake manifold pressure) in order to achieve that.

Real world experience with highly boosted gasoline engines has been that they can be economical when puttering around at light load (typical of government emissions and fuel consumption testing) but thirsty when put under load.

This approach is essentially the opposite of the Atkinson cycle (which uses a higher expansion ratio than the compression ratio). Mechanical supercharging pretty much translates to a higher compression ratio and then throwing half of the power stroke away.

The idea is to downsize for less friction and lower pumping losses. My supercharged 1.8L gets 32 mpg highway, yet has 200 hp when you need it.

Future engine needs to be mechanical simple and cheap, then you have enough spare money to get it a nice boost from properly sized battery.

I don't buy this downsized electric supercharged direct injected 48V system with complex exhaust treatment to be cheaper (to buy and run) than full hybrid with simple engine.

I know the "idea" is to downsize for less friction and lower pumping losses ... and it works for getting through the very light engine loads in the European NEDC or most of the US EPA emission and fuel consumption testing. But it doesn't work in real world driving. The discrepancy between official and real world fuel consumption figures is increasing, and something like this would only increase it further.

32 mpg US = 7.3 L/100 km; this isn't particularly remarkable. Lots of cars with 200ish hp from larger displacement normally aspirated engines (and the usual variable valve timing that is used nowadays) will do that on the highway.

Among rental cars, I had an Impala (2.5L normally aspirated 4 cyl) do better than a Cruze (1.4L turbocharged 4 cyl).

The Torotrak V-Charge system is different...

In Fords earlier attempts to downsize they have simply compromised on the Turbo making it smaller than it could be in an attempt to allow it to work at lower RPM but sacrificing top end power.

This has the effect of producing an engine which can produce good MPG at low load (before the Turbo cuts in) but encourages the user to rev higher to get the power and thus MPG will go down fast when accessing the power band.

With V-Charge we have a twin charging system where the turbo is optimised for top end power. V-Charge itself then fills in the gap between idle and turbo uptake with a completely variable ratio that can change between its extremes in 400ms... With this system the driver is not encouraged to floor the accelerator to get power, torque is available right down to idle RPM and thus MPG does not suffer in the same way.

The added advantages this brings are transient response similar if not better than a normally aspirated larger engine plus the ability to down speed the RPM of the engine when cruising delivering even more MPG benefits...

This is a game changer...

Show me the BSFC map.

Operating the engine just above idle but under heavy boost is a recipe for having to implement a lot of detonation-control measures (EcoBoost is direct-injection but that doesn't exempt it from detonation) and those all cost efficiency. The turbo won't be in an efficient operating range that low in the revs, so the boost pressure will be coming from this gizmo (eating up crankshaft power), and "underexpanding" the power stroke isn't a recipe for making efficient power.

A three-banger running at 1200 rpm near full load (boosted) is apt to be mighty rough, too.

Use a 1.4L with boost in a plug hybrid to get more than 32 mpg highway, more like 40+ mpg combined. Oh wait they did that, it's called a Volt without the boost.

Use 1.8L without boost and get 53 MPG highway, and have enough spare money to make a proper 200V hybrid, hell they even made plug-in for 27k $. It's called a Prius.