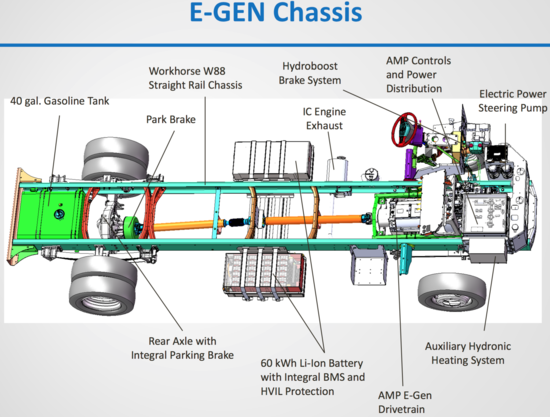 The trucks, manufactured by Workhorse Group, Inc., will be deployed beginning in January 2017 starting in Arizona, Texas, Nevada, Mississippi, Alabama, Georgia and Florida, and, possibly in other states as well.

The improvements in these new package cars came from real-world experience in our alternative fuel Rolling Laboratory, which earlier this year hit a 1 billion miles driven milestone. We are committed to developing alternative fuel vehicles that lessen our impact on the environment and reliance on petroleum based fuels – that effort is helping to transform markets and communities.

In addition to its use of alternative vehicles, UPS uses millions of gallons of lower carbon footprint renewable diesel and renewable natural gas (RNG) in its fleet each year.

Using its “Rolling Laboratory” approach, UPS deploys more than 7,200 low-emission vehicles and achieved its goal of driving 1 billion miles with the alternative fuel fleet in August 2016.

A common sense PHEV with a very small ICE (660 cc) to greatly reduce GHG and pollution. Other PHEVs could copy this approach?

USPS recently awarded a contract to AM General to build EVs.

A fine idea, hope more and more trucks are made this way all over the world.