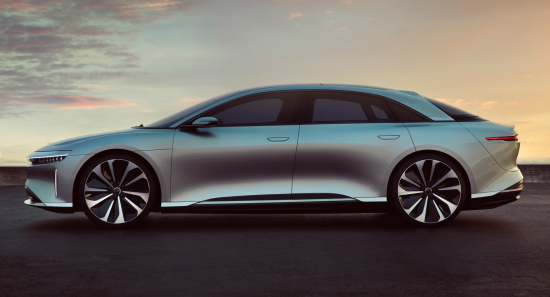 Lucid vehicles will be delivered autonomous-ready with a comprehensive sensor suite able to scale to complete autonomy through ongoing software updates.

Lucid says the car is prepared for autonomous driving and is outfitted with two long- and four short-range radar sensors, two long- and two-short range lidar units, three front cameras, a driver-monitoring camera, and five active surround-view cameras. Many of these sensors and cameras are found up front. At the back there are LED taillights and several more autonomous sensors.

The Air ultra-slim lighting system mimics insect eyes by utilizing thousands of micro-lenses. The self-adjusting headlights, which optimally adapt to each driving situation, improve energy efficiency by up to 50% compared to conventional LED headlights, the company says. 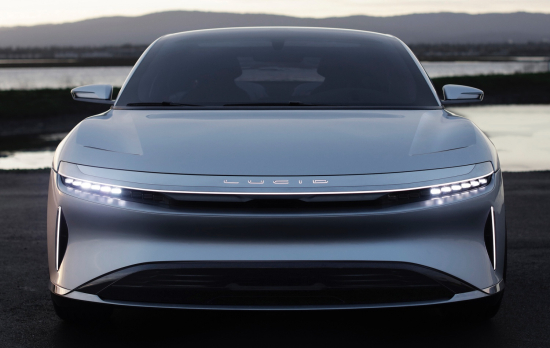 Electrek has much more info on this story that is quite big for the green BEV autoworld. https://electrek.co/2016/12/14/lucid-air-electric-sedan-range-price/

It will come with either a 100kwh pack or a 130kwh pack that can do 400 miles EPA rated. Electrect has pictures and it is clear that this is an executive transporter. They did a lot of effort on the back seats.