General Motors said it will rapidly and extensively deploy its new nine-speed automatic transmission in China, which is debuting in a high-volume SUV later this year. The state-of-the-art transmission, which optimizes efficiency, performance and refinement, will be adopted in 13 models in China from the Chevrolet, Buick and Cadillac brands by 2020.

The new nine-speed automatic offers a fuel efficiency improvement of up to 2% compared to a six-speed transmission. It supports stop/start technology, which further helps save fuel by allowing the engine to shut down in certain stop-and-go driving conditions. It was developed globally and tested in various road conditions worldwide, including China. 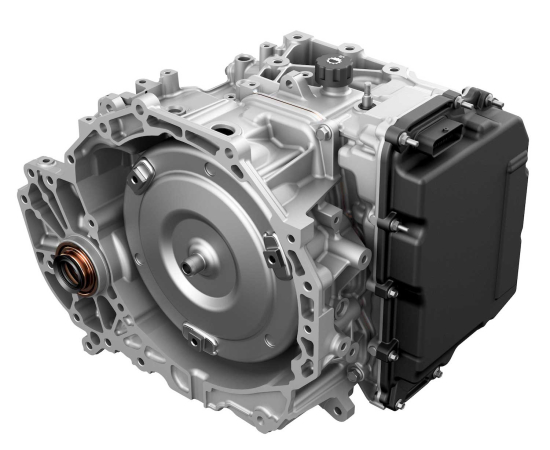 The new nine-speed automatic has a wide 7.6:1 overall ratio, with a “deep” 4.69 first gear that supports excellent off-the-line acceleration and a “tall” 0.62 top gear for low-rpm highway cruising. It optimizes acceleration and fuel consumption, and reduces engine noise during cruising for an overall balance of performance and refinement that the driver and passengers will feel at all speeds.

Developed for the tight packaging requirements of transverse propulsion systems, the new nine-speed automatic has an on-axis design, where all the gears are in line with the crankshaft, and GM’s first application of a selectable one-way clutch. Both features help reduce the package size, making it roughly the same size as a six-speed transmission.

For precise and smooth shifts, a specific strategy is used in the selection of the gearsets, clutches and torque converter. Five planetary gearsets are used with four stationary clutches and three rotating clutches, saving space. Gears change from second- to ninth-gear ratios with precise clutch-to-clutch shifting, where the clutch is engaged in one gear at exactly the same time it is released from another.

GM has made it a priority to bring our company’s most advanced global technologies to China to benefit our local customers. This is enabling us to reduce emissions and maximize the fuel economy of our current and next generation of vehicles.