Mitsubishi Electric Corporation has developed a working model of an ultra-compact silicon carbide (SiC) inverter for hybrid electric vehicles (HEVs) that is believed to be the world’s smallest SiC device of its type at just five liters volume.

It also is believed to offer the world’s highest power density of 86 kVA / L for two-motor HEVs, thanks to incorporation of full-SiC power semiconductor modules that achieve superior heat dissipation. 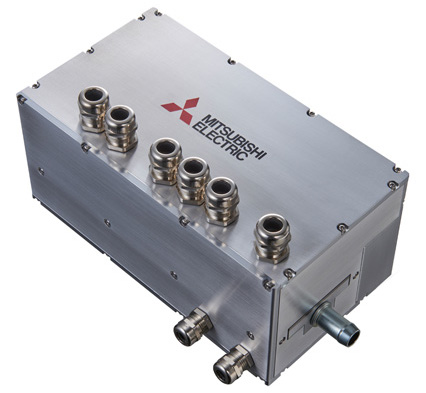 With fuel-efficiency regulations growing increasingly stringent, the new ultra-compact SiC inverter is expected to help meet the increasing demand for HEVs by reducing the amount of on-board space that must be allotted to electrical apparatus, such as inverters and motors.

Technical details will be presented during the National Convention of the Institute of Electrical Engineers (IEEJ) from 15-17 March 2017.

Interesting. For perspective, that's about the size of a shoe box for kids shoes.

They used to be the size of a medium suitcase just a few years ago. Great progress.