The DNV GL-led joint industry project, WIN WIN (WINd powered Water INjection), has completed its first phase and determined that wind power could be used to power offshore water injection. The project is currently moving into its second phase, which includes refining and testing the electrical systems, and investigating possibilities for broader applications. 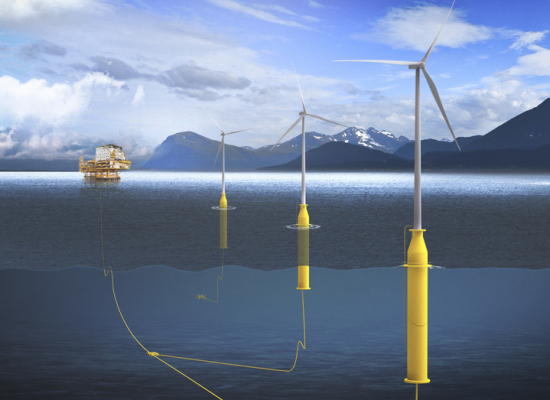 Seawater is lifted, treated and then injected into the reservoir. The turbine is moored in immediate proximity to the injection wells, operating independently from the production platform. This eliminates the need for long subsea pipelines and power cables. The system can be relocated to new fields and wells.

The project team includes four partners: DNV GL, ExxonMobil and ENI Norge (all part of the first phase) and the Norwegian Research Council—a new participant for this second phase.

The first phase of the project determined the concept is technically feasible, is capable of meeting performance targets, and is cost-competitive with conventional water-injection solutions.

The second phase will focus on extensive physical lab testing of the electrical systems at the DNV GL power laboratories in Arnhem, the Netherlands, thereby maturing the technical concept and expanding the system performance.

If all tests are successful, a realistic timeline for a first full scale prototype could be around 2020, said project manager Johan Slätte.

The next phase of WIN WIN will also help to further develop the economic feasibility of wind and potentially other renewables in complex environments with demanding functional requirements. The concept showcases alternative sources of energy and its reliability for off-grid situations.