Ford Mustang was the top-selling sports car in the world in 2016; strong surge in exports 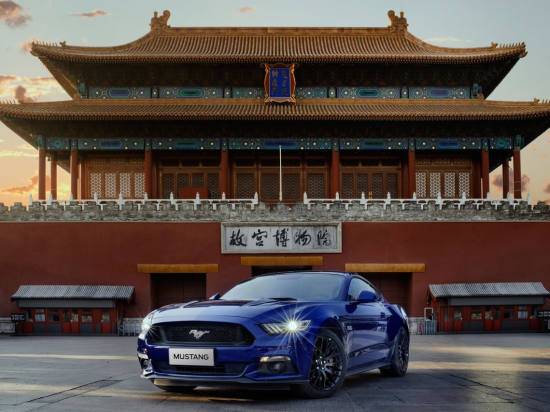 More than 150,000 Mustangs were sold in 2016, according to IHS Markit new vehicle registration data. Overall global sales increased 6% over 2015, fueled by international market growth up 101% with almost 45,000 Mustang vehicles sold outside the United States.

Mustang’s ascension to best-selling sports car in the world in 2016 was driven largely by continued global rollout that saw big sales gains in Germany and China, as well as the car’s introduction to smaller nations such as New Caledonia, Gibraltar and Bonaire.

Since launching in China in 2015, Mustang has become the best-selling sports car in the world’s biggest auto market. Sales in 2016 were up 74% over 2015, according to IHS Markit new vehicle registrations.

Ford’s data shows more than 395,000 sixth-generation Mustangs have been produced at Flat Rock Assembly Plant since 2015 and of that, 98,000 have been shipped to customers outside of the United States. From 2015 to 2016, Ford doubled the percentage of exports to 17.5% and the company expects export growth to continue, reaching 30% for the 2017 Mustang.

Mustang is now available in 140 countries across all continents other than Antarctica. This year, availability of the 2018 Mustang will expand to six new countries, including Brazil, the Palau Islands and the Ivory Coast, with three additional markets announced later.

FYI: The new Ford Mustang has poor occupant protection by Australian ANCAP standards.
https://www.wheelsmag.com.au/news/1701/Ford-Mustang-V8-scores-poor-2-star-safety-rating
"...
In a test conducted in conjunction with Euro NCAP, Australia’s leading independent crash test authority, the Australasian New Car Assessment Program (ANCAP) found the V8-powered, US-made sports car had poor occupant protection for both adults and children due to incorrectly inflating airbags, a sub-standard crash structure that included a door that came open in a side pole test, and a deficiency of crash avoidance technologies that are becoming increasingly common in new cars.
..."