The all-new 2018 Volkswagen Tiguan arrives in US dealerships this summer powered by the most advanced version yet of Volkswagen’s EA888 four-cylinder engine, the Gen3B. The updated version of the four-cylinder, turbocharged and direct-injection engine uses a modified Miller cycle to offer an improved combination of power, efficiency and responsiveness. Audi engineers described the development of the Gen3B at the Vienna Motor Symposium in 2015. (Earlier post.) The Audi version of the EA888 Gen3B made its debut in the new A4.

First introduced in the 2009 CC, the EA888 continued Volkswagen’s move toward smaller, turbocharged engines that offer the fuel economy benefits of downsizing with the power of a larger-displacement unit. Though EPA estimates are not yet available, compared with the 1.8-liter EA888 Gen 3 engine that is fitted in the current Passat, Jetta, Beetle, and Golf family models, the new 2.0-liter EA888 Generation 3B is expected to offer improved fuel efficiency along with a 20% boost in maximum torque to 221 lb-ft (300 N·m). 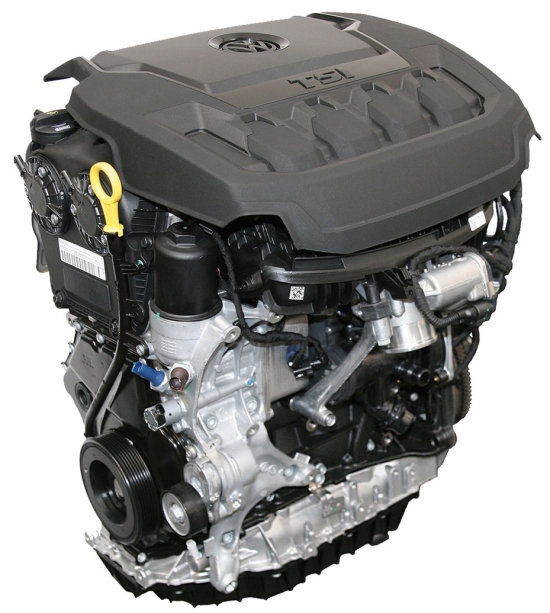 The majority of the engine—from the cast-iron block to the aluminum-alloy pistons and cylinder head to the valve springs—has been updated along the way.

During development, engineers focused on making the engine more efficient in the range of driving that most customers use every day, which led to the introduction of a modified Miller combustion cycle that is unique to the Volkswagen Group.

Whereas the traditional Miller cycle closes the intake valves just before the end of the intake stroke, the so-called Budack-cycle (Dr. Ralf Budack is a thermodynamicist at Audi and was one of the developers of the Gen3B engine) closes the intake valves much earlier. This results in longer effective combustion as well as faster air flow for the incoming gases, which improves the mixing of the fuel and air. The net effect is lower fuel consumption and more torque than the 2.0-liter EA888 engine fitted in the 2017 Tiguan.

Added to the shortened compression and extended expansion phases is an increased compression ratio flanked by turbocharging, dual injection and the valvelift system.

The key feature that enables the new engine to produce better fuel economy, as well as excellent performance, is the variable valve timing system on the intake camshaft. Depending on engine load, it is possible to switch between short and long valve opening. At idling speed and under partial load, the valve opening is shorter. When the engine is placed under greater load, a switch to the camshaft lobe that opens the valve for a longer period is made and the driver can make use of the full power and torque of the engine.

The changes in the new version of the EA888 advance the twin goals of power and efficiency. The peak 184 horsepower (for the Tiguan) kicks in at 4,400 rpm, 400 revs sooner than in the 1.8-liter edition, and maintains its output until 6,000 rpm. 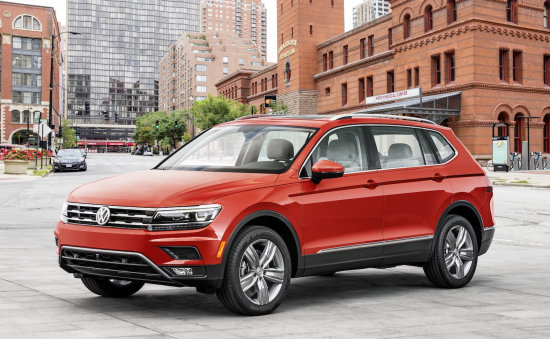 New TSI injectors can push fuel into the cylinder at a higher maximum pressure (250 bar or 3,626 psi), with up to three injection sequences per stroke depending on conditions.

The EA288 Gen3B retains many key features of its predecessors, from chain-driven double overhead camshafts to the twin balance shafts that not only counteract second-order internal forces but provide oil scavenging and crankcase breathing pathways. A new engine management system with four core processors monitors the system and adjusts as needed.

Reducing friction was another goal for this engine. For instance, the lower brake mean effective pressure at full load in this engine allowed the crankshaft main bearing diameter to be reduced from 52 to 48 mm, while the balance shaft chain is narrower.

The new 2.0-liter TSI engine will be the only powerplant offered in the 2018 Tiguan. It will later be offered in other Volkswagen models.