The average fuel economy (window-sticker value) of new vehicles sold in the US in June was 25.1 mpg (9.36 l/100 km)—down 0.2 mpg from May, according to the latest monthly report from Dr. Michael Sivak and Brandon Schoettle at University of Michigan Transportation Research Institute (UMTRI).  This drop likely reflects the decreased price of gasoline in June, and the consequent increased proportion of pickup trucks, SUVs, and crossovers in the sales mix, they said. 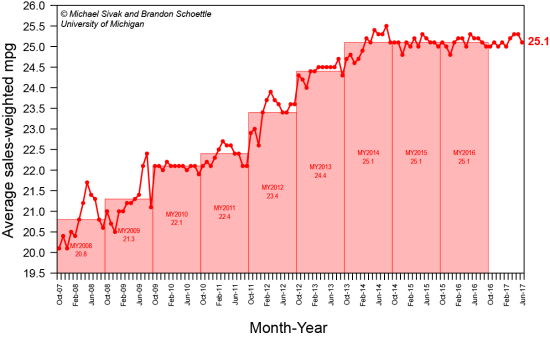 The University of Michigan Eco-Driving Index (EDI)—an index that estimates the average monthly emissions of greenhouse gases generated by an individual US driver—improved to 0.84 in April 2017, down from 0.85 in March 2017 (the lower the value, the better).  The EDI indicates that the average new-vehicle driver produced 16% lower emissions in April 2017 than in October 2007, but 6% higher emissions than the record low reached in November 2013. 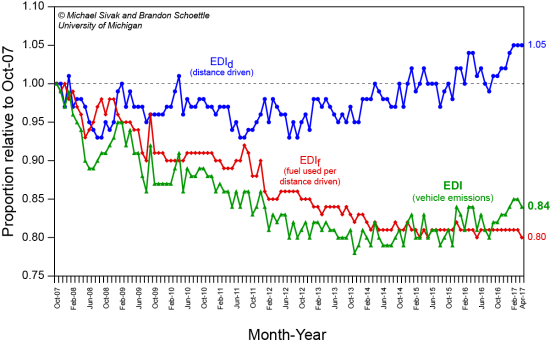 Next to no progress in the last 3 years of so?

Both GHG emissions and fuel consumption are/will be going up in USA and Canada.