NVIDIA has partnered with AutonomouStuff, a supplier of components used within autonomy systems, to deliver kits packaging the NVIDIA DRIVE PX in vehicles with sensors. DRIVE PX on Wheels is available in three versions: advanced, basic and custom.

Each comes with a vehicle configured by AutonomouStuff with sensors and the NVIDIA end-to-end autonomous driving platform, allowing developers to focus on creating their own self-driving solutions. The advanced kit begins with a Ford Fusion, which is loaded with a NVIDIA DRIVE PX AI car computer, as well as cameras, LIDAR, radar, navigation sensors and a drive-by-wire system, including: 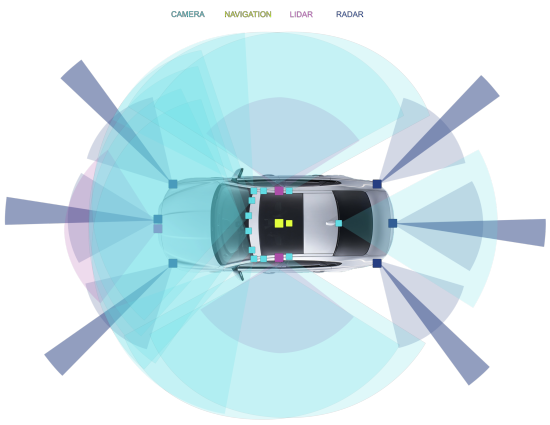 The advanced kit offers an extensive array of sensors and peripherals for data acquisition, storage, and development of applications ranging from Level 3 to Level 5 autonomy. Instead of spending months setting up sensors or calibrating software, developers can jump straight to building their own applications.

A basic kit is also available. It includes a Polaris GEM compact electric car, as well as DRIVE PX, DriveWorks, cameras, navigation sensors and a drive-by-wire system. This entry level kit is an affordable option for many development needs. It’s suited for applications such as low-speed campus shuttles in hospitals, colleges, factories and other similar scenarios.

For specific research and development needs, AutonomouStuff will configure a custom kit for any vehicle. This provides flexibility with placement and choice of sensors. From the advanced kit to the basic kit, there is a wide spectrum of possible sensor configurations for a development vehicle.

come on folks. Do you really think that we can build a fully autonomous car that know where to go and at what speed. What will happen if you decide to stop somewhere for lunch or shopping. What will happen in a snow storm in winter in canada or in pouring rain or when to put the high beam and low beam.

This is clearly a broad project from dubious silicon valley religious fanatics endorced by all leaftists in the world. The proof that it don't work is that they actually turn in circles and cannot finish the project after more than 7 years of experimentations.

There are many shades of autonomy, for some situations eg. traffic jams, autonomy is a blessing and fairly easy achievable. For other situations it may never be achieved because it would be too risky and driver must take the risk if he want's too drive in the conditions.

It's for those long boring drives on the highway where these systems will really shine.