The EU-funded three-year NELLHI project has concluded after successfully developing a new stack design of solid oxide fuel cells, from an all-European supply chain. NELLHI combined European know-how in single cells, coatings, sealing, and stack design to produce a novel high-performance 1 kW SOFC stack along with with the proof of concept of a 10 kWe SOFC stack. 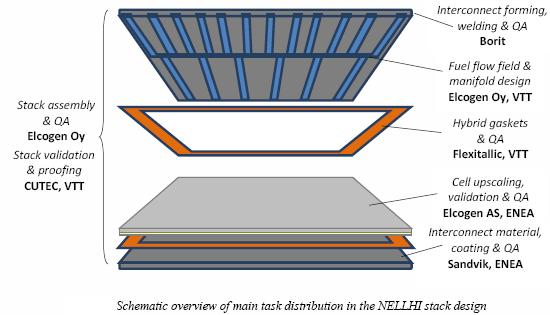 Key challenges such as high costs, production at scale and capital investment have hampered widespread deployment of SOFCs.

Participants of the NELLHI project report that their results address two of these concerns, in achieving the project’s main objectives, which were:

Companies and research organisations from Estonia, Finland, Italy, Sweden, Belgium, Germany and the UK were involved.

NELLHI received €1.6 million (US$1.9 million) in funding from Europe’s Fuel Cells and Hydrogen Joint Undertaking (FCH JU) in support of the expected costs amounting to just under €3 million (US$3.6 million).

The FCU has awarded grants for three follow up studies following NELLHI project:

SOFCs. In a solid oxide fuel cell, the fuel is fed to the anode side, where the high temperature allows it to be separated into its essential constituents. With hydrocarbon fuels, these are hydrogen (H2) and carbon monoxide (CO). 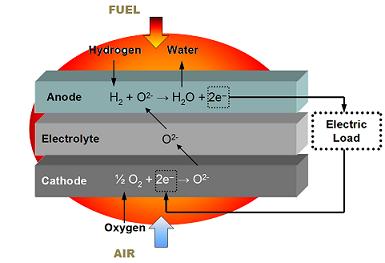 To turn the stack of cell to a fully functional power generating systems several auxiliary components (the so-called balance-of-plant, BOP) have to be integrated, taking care of fuel pre-treatment, power management and heat exchange.

In order to preserve the high efficiency of electrochemical conversion in the SOFC, the BOP often needs to be designed and produced specifically to optimize the integration and minimize parasitic losses.

They can turn electricity, water and CO2 into fuels.