Audi organizes all rail transport in Germany to be CO2-free; DBeco plus

As of now, all rail transport for Audi AG in Germany is CO2-free. Audi says it is the first company in Germany to organize its logistics operations by rail to be completely CO2-neutral. By changing over to DB Cargo’s “DBeco plus” product, the company will reduce CO2 emissions by more than 13,000 tons each year, achieving an important milestone along the way to CO2-neutral production. 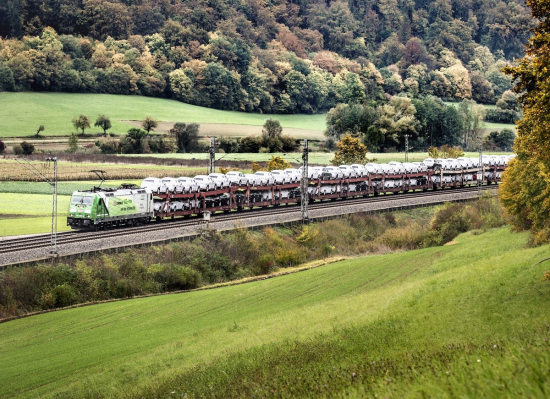 Audi has been using environmentally friendly “DBeco plus” rail transport for its cars since 2010. Since August 1, 2010, the so-called “green trains” have been traveling from Ingolstadt to the North Sea port of Emden. Audi is therefore the first company to use trains running on green electricity. The “green trains” have been transporting cars to Emden from the Audi plant in Neckarsulm since 2012. Until now, almost 1,600,000 automobiles have been transported and 63,000 tons of CO2 emissions have been avoided.

Seven years after the start of the project, all Audi transport with DB Cargo to and from the two production plants in Germany is now CO2-free. This applies not only to the trains that leave the two German plants (outbound), but also all rail transport of goods arriving at the plants (inbound), including production components and materials from suppliers. Each day, approximately 25 trains are loaded or unloaded with materials and cars at the two plants.

DB Cargo first calculated the specific energy requirement for the transport operations of its “DBeco plus” product. For the actual rail transport, DB Cargo then completely replaces the required amount of energy with green electricity, which is obtained solely from renewable energy sources in Germany. DB Cargo thus carries out its transport services for Audi CO2-free and additionally invests ten percent of the revenue in the development of facilities for producing or storing regenerative electricity.

With the changeover to rail transport, Audi is pursuing its goal of making its car manufacturing completely CO2-neutral in the foreseeable future. In 2014, Audi was the first company to have its CO2 footprint certified according to the worldwide standard ISO 14064, and uses the results of that certification to continually derive measures to reduce its environmental footprint.

The company has analyzed in detail the emissions during all of an automobile’s lifecycle, and then derived suitable measures to ensure further reductions. Experts from DEKRA Certification GmbH and DEKRA Certification Inc. have examined and confirmed the data sources and calculations upon which this was based.