DOE: California had the highest concentration of plug-in vehicles relative to population in 2016

Vermont and Georgia round out the top six with more than two PEVs per 1,000 people. Mississippi had the lowest concentration of PEVs, but all 50 states and the District of Columbia had at least some PEVs.

PEV registrations within a state are influenced by many factors, including state and local incentive programs, charging infrastructure, and fuel pricing. 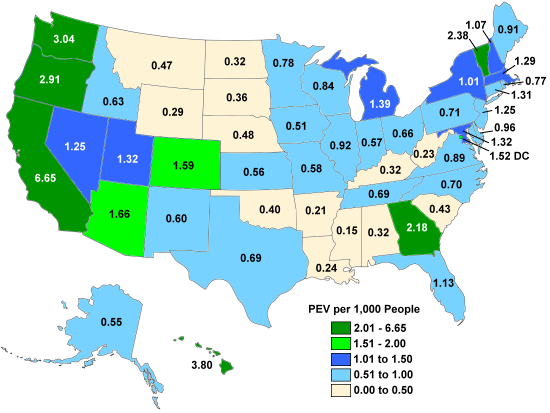