DOE: California has 15K+ EV charging units, 10% of which are fast chargers 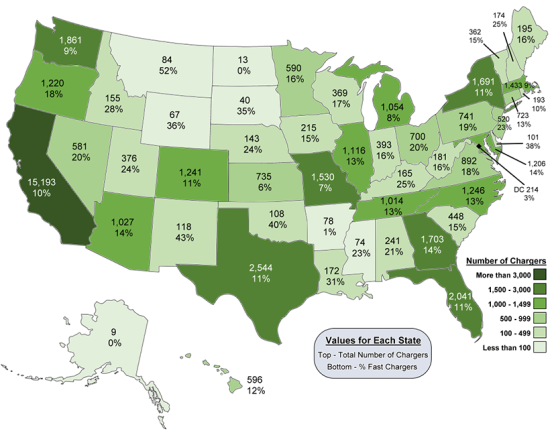 With over 15K public EV chargers and over 120 H2 stations, California seems to have as many electrified vehicles charging facilities as the other 49 States?

The State of Texas is on the verse of catching up but many States still have a long way to go.