Honda will unveil the Honda Insight Prototype at the 2018 North American International Auto Show in Detroit in January as the precursor to the new third-generation 2019 Honda Insight—an upscale, stylish five-passenger sedan positioned above the Civic in Honda’s passenger car lineup.

The new Insight features the latest generation of Honda’s innovative two-motor hybrid system and will launch next summer as the newest electrified vehicle in the Honda lineup.

Introduced in 1999, the first-generation Insight was the first commercial hybrid vehicle in the US and featured optimized aerodynamics and a lightweight aluminum structure. As a result, the 2-door Insight launched as the most fuel-efficient EPA certified gasoline-fueled vehicle with a highway rating of 70 mpg (3.36 L/100 km). It was the first Honda vehicle to utilize Honda’s Integrated Motor Assist (IMA) hybrid system. 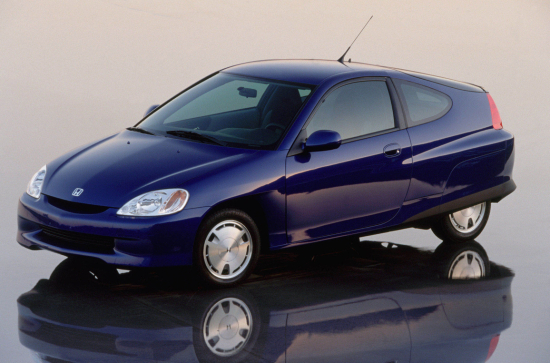 The second-generation Insight made its debut in 2009 as the most affordable hybrid on the market. With its 5-door, 5-passenger design, the Gen 2 Insight offered increased space and utility while continuing to employ the IMA hybrid system. 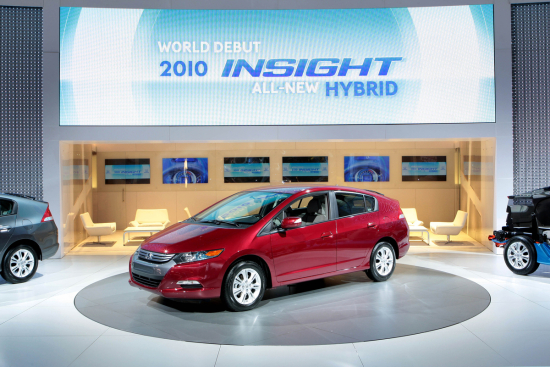 The third-generation 2019 Insight will take an entirely new approach with the styling, packaging, premium features and performance desired by mainstream car buyers. Unlike the first two generations of Insight, the all-new model will be powered by Honda’s two-motor hybrid system and offer fuel economy that is competitive with other compact hybrid models.

At the 2017 North American International Auto Show we announced our Honda Electrification Initiative with the intention to make two-thirds of Honda’s global vehicle sales electrified vehicles by 2030. With the Insight launching later in 2018 as the fifth electrified vehicle brought to market over the past year, we're demonstrating our commitment to that goal.

The Insight—to be manufactured at Honda’s Greensburg, Indiana plant, alongside Civic and CR-V using domestic and globally sourced parts – will join the Clarity series (Clarity Fuel Cell, Clarity Electric and Clarity Plug-in Hybrid) and the all-new 2018 Accord Hybrid, arriving at dealerships nationwide early next year.

So, you're saying they're going to use the Clarity solution in a Civic/Insight body/frame?
Well, that's ok, because the Clarity is a Big Car, and not city parking friendly.

But, I'd wish they'd copy the better solution of the BMW i3 REX.
That solution is Excellent, as you only use the gas engine after you've used 100 miles of electric power, or, you code the car and just turn on the hybrid system on the highway, where you can't hear it, and drive silently and cleanly thru cities.

Also, The BMW solution is Quiet enough to enjoy your favorite music most of the time. You'll hear mid-range quality sound you've never heard in a gas engine car.

A Honda Clarity PHEV has a 47 mile electric range which is in the Chevy Volt class. If the Insight Gen 3 can compete in cost and gasoline economy with a Prius Prime, i.e. $27K and 55 mpg, then Honda may have a winner.

Style it better then you might have a winner.