On 2 January 2018, the first serially-built Pipistrel Alpha Electro took flight in Australia. The aircraft, which received a Special Certificate of Airworthiness from Australia’s Civil Aviation Safety Authority (CASA) in October 2017, took off from Perth’s Jandakot Airport and conducted two circuits around Jandakot (the 5th busiest airport in the southern hemisphere with more than 375,000 movements last year).

The electric aircraft then went on to complete another seven hours of flying over the following two days before being handed over to Electro.Aero, the aircraft’s operator. The Alpha Electro can be registered in Australia as either a recreational aircraft or with CASA. In both cases it can be used for training, even to obtain a private pilot license (PPL). The Pipistrel Alpha Electro is the first electric aircraft that offers the possibility of PPL training. 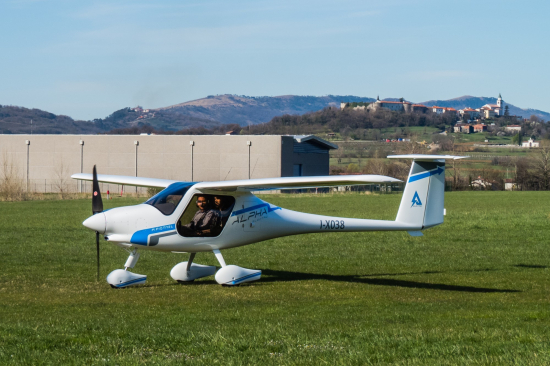 Richard Charlton, the finance director of Electro.Aero said that it was a smooth, no-drama first flight. Charlton said the aircraft was much quieter and cheaper to operate than equivalent-sized aircraft, powered by piston engines.

The main issue with petrol is the maintenance costs of what is a more complex engine. The electric engine is really simple. It has one moving part, it’s a very small piece of equipment and it is a solid-state motor.

For now, the Electro.Aero company is offering trial instructional flights with the Alpha Electro, with a view to eventually offering ab-initio flight training all the way to recreational pilot certificate in the near future.

Alpha Electro is Pipistrel’s fifth electric aircraft project and the second to result in a commercial product.

The prototype (named WATTsUP) was developed in partnership with Siemens AG, which provided the electric main propulsion components, and represented the next generation of Pipistrel’s electric aircraft.

Every element of aircraft was refined to be lighter, more efficient and more reliable. The initial 85 kW electric motor only weighed 14kg and was more powerful than the popular Rotax 912 series, typically used on microlights and LSAs. The 17 kWh battery pack was dual-redundant and designed to be either quickly replaceable within minutes or charged in less than one hour, using to the next generation of Pipistrel’s Battery Management technology.

The serially produced Alpha Electro is an improvement of the WATTsS UP prototype. The airframe uses proven features from hundreds of Pipistrel’s aircraft flying worldwide. The electric powertrain is operated with one simple lever, enabling the crew to focus on learning piloting skills.

The production version features a 50+ kW motor with a ground-adjustable three-blade 1.65m diameter propeller and a 21 kWh battery pack. Empty weight (with batteries is 350 kg); maximum take off weight (MTOW) is 550 kg; payload is thus 200 kg. Endurance is up to 60 minutes (plus reserve).

Congratulations to everyone involved on this project at Pipistrel.

Hope they will consider giving the option of an extra 100kg of batteries (~15-20 kW?) to provide another hour to 1.5 hr of flight for single pilot operation.

An hour flight is fine for local training and high speed is not a consideration, so this is perfect for the original mission.

Looking forward to flying one.