Fisker unveiled the Emotion electric luxury sedan at CES 2018. Featuring automatic butterfly doors and five integrated Quanergy S3 LiDAR sensors (earlier post) for autonomous driving up to Level 4, the all-wheel drive EMotion has a projected range of 400 miles (644 km) and a top speed of 161 mph (259 km/h). The multiple electric motors deliver more than 575 KW, pushing the EMotion from 0-60 mph in under 3 seconds. 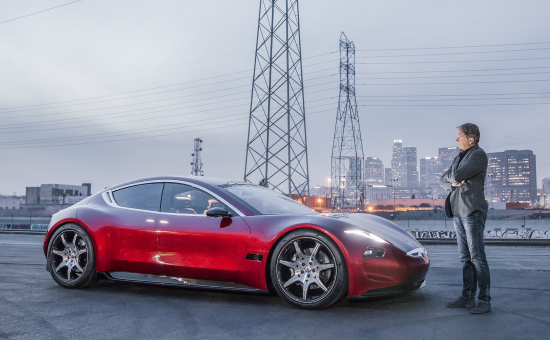 Fisker’s solid-state batteries will feature three-dimensional electrodes with 2.5 times the energy density of lithium-ion batteries. Fisker claims that this technology will enable ranges of more than 500 miles on a single charge and charging times as low as one minute—faster than filling up a gas tank.

With the EMotion, we’re introducing edgy, dramatic and emotionally-charged design/proportions—complemented with technological innovation that moves us into the future. That design balance is what has made the Fisker brand emotionally connect with our consumers. We’ve also made the seemingly impossible, possible with our scientists spearheading the breakthrough in Flexible Solid-State battery technology—which is the next generation in charging everything from your personal cell phone to enabling mass adoption of electric vehicles due to unprecedented ranges and lighting fast charge times. We’re incredibly excited to showcase working solid-state batteries and the vehicle, in-person, on such a massive global stage. Fisker Inc. is about breaking barriers, leading in automotive technologies and ultimately creating the most desirable, functional futuristic electric vehicles.

The EMotion is currently set to launch with an LG Chem Li-ion battery cell by the very end of 2019 with a base price of $129,000. However, the company noted, development continues to accelerate the launch of the solid-state battery technology. 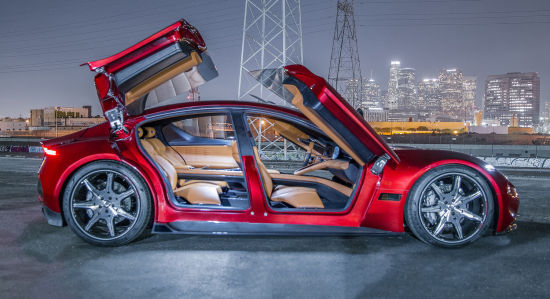 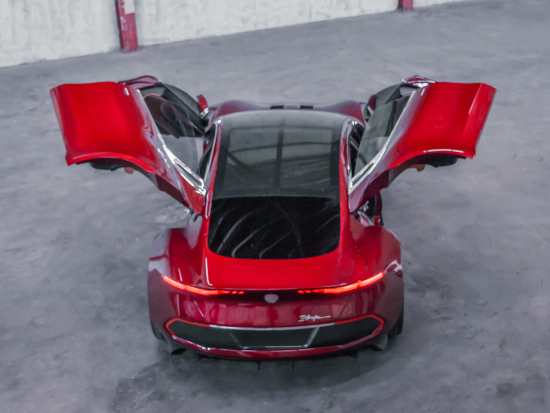 In addition to the five Quanergy LiDARs, the EMotion’s autonomous system is composed of ultrasonic sensors and cameras.

If they can be mass produced at an affordable price, those new SS batteries may become THE solution for all current short range very slow charge BEVs.

The car looks nice but why the crazy doors. They have a single cantilevered hinge which is heavy, complicated, expensive, requires power to operate and will probably be prone to maintenance problems.

IMO it is a gimmick like Model X falcon wing doors.