FCA US LLC announced an agreement to supply “thousands” of Chrysler Pacifica plug-in Hybrid minivans (earlier post) to Waymo to support the launch of its driverless ride-hailing service. FCA previously delivered 100 Pacifica Hybrid minivans, adapted for self-driving, to Waymo during the second half of 2016 and an additional 500 in 2017. (Earlier post.) This collaboration between Waymo and FCA engineers enabled the teams to design a self-driving vehicle built on a mass production platform.

Waymo is set to open its autonomous ride-hailing service to the public beginning in Phoenix this year. The additional Pacifica Hybrid minivans will be used to support Waymo as it expands its service to more cities across the United States. Waymo has officially tested its technology in 25 cities across the US., including Atlanta, San Francisco, Metro Detroit, Phoenix and Kirkland, Washington. 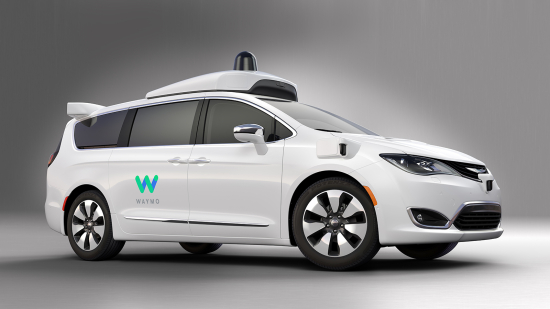 Last November, Waymo began test-driving a fleet of Chrysler Pacifica Hybrid minivans on public roads without a driver at the wheel. With this technical milestone, the hybrid minivans became the first vehicle to attain Level 4 autonomy, a classification determined by the Society of Automotive Engineers.

The self-driving Chrysler Pacifica Hybrid minivans are equipped with Waymo’s hardware suite and are also running Waymo’s self-driving software, which has been honed with more than 4 million miles of on-road testing, and billions of miles in simulation.

In order to move quickly and efficiently in autonomy, it is essential to partner with like-minded technology leaders. Our partnership with Waymo continues to grow and strengthen; this represents the latest sign of our commitment to this technology.

The plug-in 2017 Chrysler Pacifica Hybrid earned an electric-mode fuel economy rating of 84 miles-per-gallon-equivalent (MPGe) from the US Environmental Protection Agency (EPA); no other minivan has ever come close to this rating. EPA testing also established a total driving range rating of 566 miles (911 km), and set the electric-only range rating at 33 miles (53 km).

With an extended range of up to 911 KM and an estimated rating of up to 84 mpg, this ADV could become one of the qualified vehicle for on demand shared transportation.

With larger near future (3X) batteries or a small fuel cell instead of the on board ICE, it could do better?

The electric range is very poor.

In America the *average* car trip is less than 30 miles (one way) but 93% of all actual trips are less than 100. With an electric-only range rating of 33 miles this just barely covers the statistically average car trip and would still need destination charging to get home.