The new three-cylinder powertrain has been deliberately designed for integration into Twin Engine plug-in hybrid cars. A hybridized as well as a pure electric powertrain option for the XC40 will be added later. 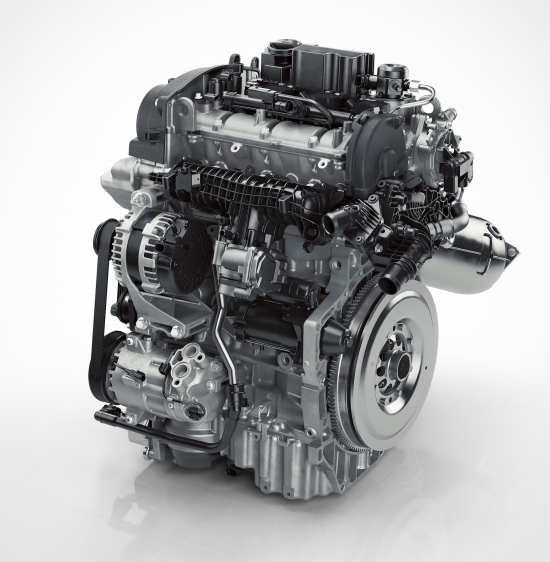 Our new three-cylinder engine is an exciting development for the XC40 and for Volvo Cars in general. This compact engine design provides the flexibility we need as we introduce more powertrain options for XC40 customers. 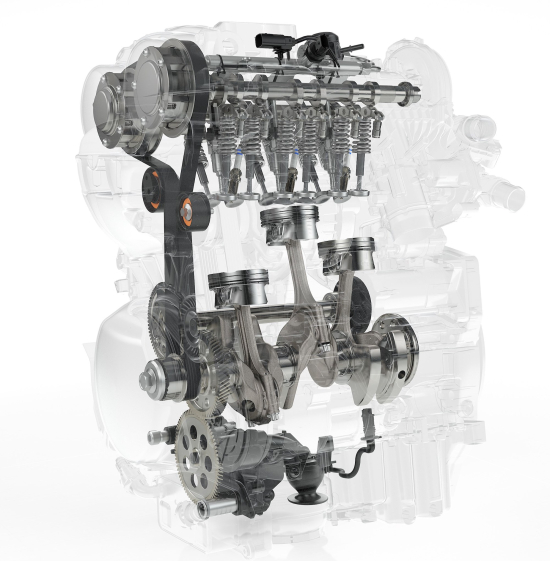 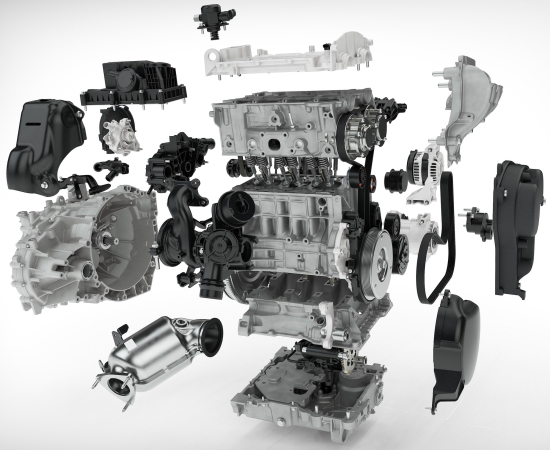 In line with Volvo Cars’ strategy to continue improving economies of scale, the engine will roll off the same production lines as the company’s four-cylinder gasoline and diesel engines.

E-P, one of the pictures on Volvo's site clearly shows a turbocharger.

Must be on the side of the engine not pictured here.  Good, then.

It occurs to me that the insta-start could be done by the balance of the drivetrain, so that's not necessarily off the table based on the engine proper.

No mention about GPF. The previously launched 4-cylinder gasoline engine in XC40 has GPF. It is, of course, impossible to see what is in the can in the picture.

The need for GPF on all gasoline cars is obvious. If only US EPA could understand that... No GPF forcing-legislation in sight until 2025 and if they, eventually, would convince themselves, it might last another 5 years.

Do you need a particulate filter when burning a fuel with no carbon-carbon bonds, like methanol or DME?

According to a report by the National Academy of Sciences (“Reducing the Fuel Consumption and Greenhouse Gas Emissions of Medium- and Heavy-Duty Vehicles, Phase Two”), a particle filter would not be needed with DME as a fuel.

No mention of methanol though.

Methanol starts cracking to CO+H2 in the 200°C range, so I suspect that it wouldn't need a particulate filter either.  DME is just the product of catalytic dehydration of MeOH.

GPF, would likely come after ICE leaves the mainstream of vehicles.

Hybrids would also complicate the use of GPF. Regen cycles need lots of heat and a lean burn, so no typical 9th injector.

GPF would cause a lot of problems for the public, DPF has its share of problems, and those wouldn't translate well to the public at large owning and maintaining them for the average of 12years, versus an often well maintained fleet with professional drivers. People cannot even be bothered to check thier tire pressure, hence why we have TPMS required now.

Gasoline cars can soot yes, but they are a much more infrequent culprit.

Most of the soot with gasoline can be removed by careful tuning of acceleration/throttle events. Most of the peppiness will be gone, but cars can effectively be tuned to avoid a majority of the issue.

Besides, people have been tuning/chipping diesels while removing DPF at an alarming rate. Failures of these systems are expensive, it could be a $3000 cost premium for just the components. Might as well make a diesel car/truck at that point for better fuel economy.