DOE: Texas, North Dakota, and the Gulf of Mexico account for two-thirds of US crude oil production 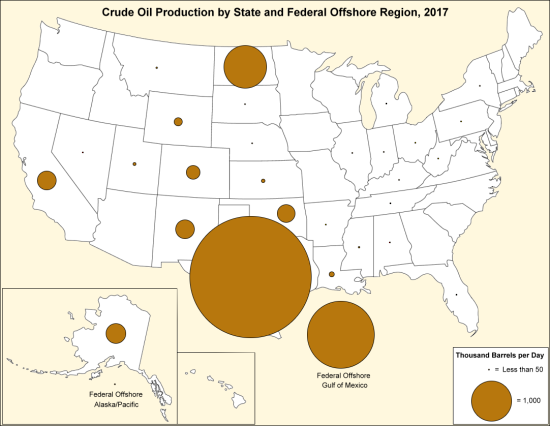