Jaguar Land Rover and Waymo announced a long-term strategic partnership under which the two companies will develop premium self-driving electric vehicles for Waymo’s driverless transportation service. Jaguar Land Rover and Waymo (formerly Google self-driving car project) will work together to design and engineer self-driving Jaguar I-PACE vehicles. Up to 20,000 I-PACEs will be built in the first two years of production and be available for riders of Waymo’s driverless service, serving a potential one million trips per day. 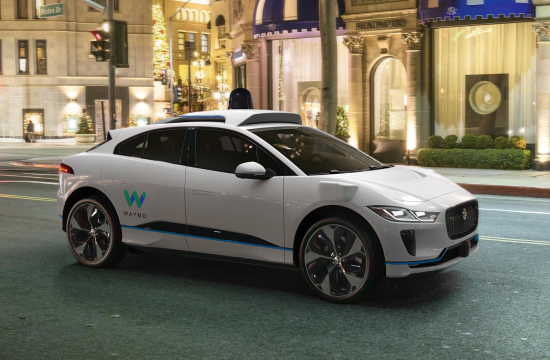 The Jaguar I-PACE was launched earlier this month and is the company’s first full-electric SUV. (Earlier post.) The I-PACE has a 90kWh Lithium-ion battery and offers sports car performance of 0-100 km/h in 4.8 seconds along with a 480 km range (298 miles) (WLTP cycle) and 0-80% charging time of 40 minutes with a 100 kW DC fast charger.

To date, Waymo is the only company with a fleet of fully self-driving cars—with no one in the front seat—on public roads. Later this year Waymo will launch the world’s first self-driving transportation service allowing members of the public to use Waymo’s app to request a vehicle.

The Waymo Jaguar I-PACE is being shown at the New York International Auto Show.

Your update information is so impressive and very important for us. we will always prefer to use there given web portal from how to get help in windows 10 troubles, this is a perfect place for finding a windows related solution.