Vouchers are Becoming the Clean Vehicle Incentive of Choice for Fleets

While a broad range of incentive options have been rolled out over the years, the specific type that is proving to be very versatile and effective, especially among fleets, is voucher programs.

Voucher programs, which have launched in certain cities and states over the past several years aimed at commercial fleets, essentially offer point-of-sale rebates on the purchase (or sometimes, the lease) of a range of eligible alternative technology vehicles. The fleet customer gets an immediate discount off the regular price of new vehicle technology, while the vehicle or technology provider (not the fleet) performs the back-end diligence to get reimbursed by the voucher program administrator. Vouchers are a quick and easy process, and have three ancillary benefits that benefit the overall market:

Best of all, voucher systems work. Take California’s Hybrid and Zero-Emission Truck and Bus Voucher Incentive Project (HVIP), formed in 2010 by the California Air Resources Board (CARB). California created HVIP to accelerate the adoption of commercial hybrid vehicle technologies in the state, and reduce fuel use and emissions by local fleets. The program has been very successful in helping California fleet managers realize a faster ROI on a range of important technologies, such as electrification and natural gas. And the program has demonstrated a track record of improvement to make it more expansive and impactful.

California’s Early HVIP Limitations. As with almost any innovation, the program had limitations when it started, which is to be expected with a complex market like commercial and municipal fleet transportation.

Over the years, California’s HVIP program has been enhanced. Today, there are three new program developments that set the program up for success in 2018 and beyond. For any states exploring similar programs, these are the key aspects of HVIP’s success to keep in mind.

These tips are key to making an incentive program practical for fleet operators, while also helping them reduce fuel costs and CO2 emissions in their area.

For fleet operators in California, 2018 represents the best opportunity yet to convert­ fleets into hybrid and plug-in vehicles. With this year’s improved HVIP program, breakeven returns for HEV upfitting can be realized in less than 12 to 18 months. So converting a fleet isn’t just an environmentally responsible decision—it’s a financially responsible one, too.

As new and expanded state funding opportunities arise in the future, such as those created by the VW settlement funds, states would be wise to follow California’s HVIP voucher program model to help them get the most value from these programs. 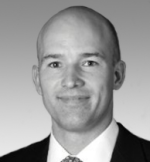 Clay earned a master’s degree in Supply Chain Management from MIT, and a bachelor’s degree from Trinity College. While at MIT, Clay conducted his thesis on strategies for grid-scale energy storage applications. Clay also co-authored an MIT Center for Transportation & Logistics research study on vehicle-to-grid opportunities for corporate fleets.

Cut the check right up front when the EV is purchased.
Provide a real incentive that will boost the economy.