China NEV startup Singulato to invest ~$2.4B in Suzhou

Xinhua reports that Chinese new energy vehicle (NEV) start-up Singulato Motors plans to invest some $2.39 billion in eastern China’s Suzhou over the next five years. A partnership between the company and the Suzhou city government covers research and development, production and industrial investment in the NEV industry. 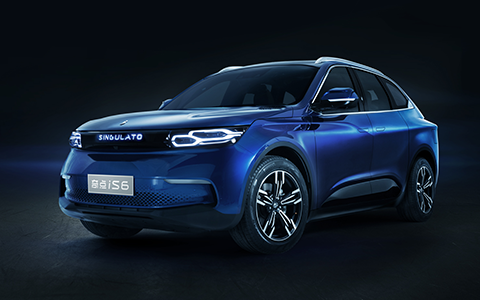 Singulato’s first production car will be iS6 SUV, due to be on market this year. The SUV will offer 5-seat and 7-seat variants, as well as two-wheel and four-wheel drive options.

The base model is to have a range of Ú400 km NEDC (249 miles). Reportedly, Singulato will also offer a 300 km (186-mile) version and a battery-swapping version.

A partnership between Singulato and the Suzhou city government covers research and development, production and industrial investment in the NEV industry, according to the report.

Singulato Motors says that it will set up a global R&D center in the city and will employ about 2,000 to 3,000 researchers in next five years to focus on advanced technologies such as autonomous driving.

The two sides will also establish an industrial investment fund worth 10 billion yuan (US$1.6 billion) to nurture more start-ups in the sector, Xinhua added.

A total of 777,000 NEVs were sold last year in China; the government aims to bring annual sales and output of NEVs to 2 million by 2020.

Will TESLA be able to survive with increasing competition from 20+ sources from China, Japan, So-Korea and EU?

I'm sure Elon is aware. He has much of the world covered with Superchargers.By the time others catch up he will have new surprises.

Can TESLA continue to loose $$$$ for another 10 years or will it be integrated into another major?