Future installation of a LNG fuel gas system can be accommodated on the 870-foot (265m), 3,500 TEU platform combination container and roll-on/roll-off (“Con-Ro”) vessels. 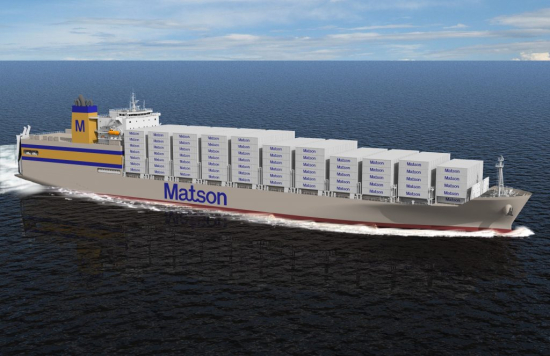 Construction of Matsonia began with a ceremonial first cut of steel at NASSCO’s San Diego shipyard where the first ship in the series, Lurline, is 15% complete. Both ships will transport containers, automobiles and rolling stock between the West Coast of the United States and Hawaii.