GM’s Buick brand will stage the global debut of the Enspire, its new all-electric concept SUV, at Buick Brand Night on 17 April in Wuzhen, Zhejiang. It will also be on display to the public at Auto China 2018 in Beijing, which begins later this month. 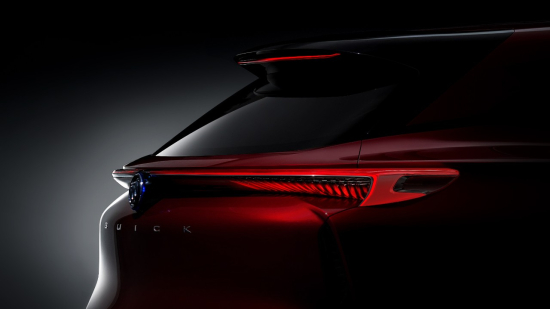 The Enspire leverages GM’s global resources and is an exploration of design and new technologies. Buick has sold more than 9 million vehicles in China since its introduction by SAIC-GM in 1998.

Chevrolet deliveries increased 35% to 47,017 units. Deliveries of the Cavalier were up 85% to nearly 19,000 units. Chevrolet introduced the Cavalier 325T with a new-generation Ecotec 1.0L turbocharged engine in March to further bolster sales of its best-selling nameplate in China. Sales of the Malibu family, Chevrolet’s flagship sedan, increased 33% to about 9,600 units. The Equinox global SUV achieved sales of nearly 6,000 units.

Baojun sales totaled 76,980 units. Baojun 510 SUV deliveries nearly doubled to over 32,000 units, as it remained the brand’s sales champion for a full year. Sales of the Baojun 310 family soared 58% to more than 16,000 units, with about two-thirds accounted for by the Baojun 310 wagon. The Baojun 530, a new compact SUV available in eight variants, had sales of about 10,000 units following its launch on 11 March.

Wuling deliveries totaled 118,335 units, as the brand sustained its market dominance in the mini-commercial vehicle segment. The Hong Guang MPV family, Wuling’s best-selling nameplate, had sales of more than 45,000 units. The Hong Guang S3, which was introduced in November, contributed about a quarter of sales.