Home About Contact RSS GCC Twitter Newsletter
VTT has 3D printed a smart metal shaft
Toyota and Lexus to begin deploying 5.9GHz DSRC for V2V and V2I communications in US vehicles in 2021 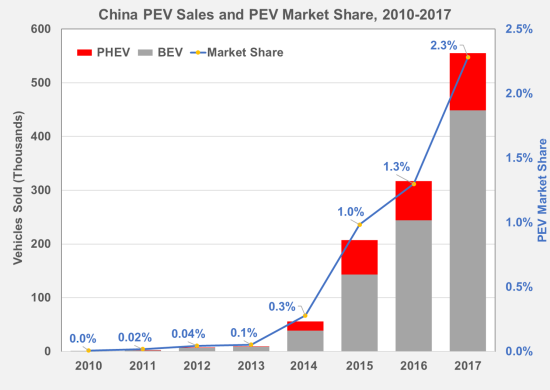 Plug-in electric vehicle (PEV) sales in China began to grow rapidly after 2013, increasing from 0.1% to 2.3% of all new vehicle sales by 2017, mainly due to government monetary incentives and increased availability of PEV models.

The growth of PEV sales in the US has been more gradual, reaching 1.1% of light vehicle sales in 2017. 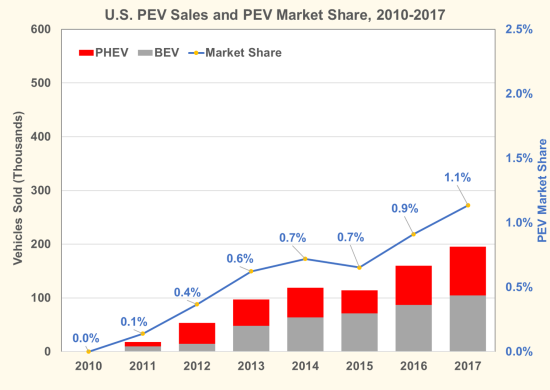 The share of all-electric vehicles (BEV) to plug-in hybrid vehicles (PHEVs) sold in China were much different than in the United States. In China, 81% of PEV sales were BEVs in 2017, while in the US, BEVs accounted for just over half (53%).

What a major difference in PEV growth rate between China and USA.

Why did USA's go flat in the last few years of Obama governance and China's kept on going up at a much faster rate?

Will comparative results be better or worse in 2018?

China also has a population 4.25 times that of the USA, no surprise they sell more electrified vehicles.