Cathode powder producer VSPC, has spent 14 years and approximately A$30 million developing advanced manufacturing techniques for the production of cathode materials. The technology allows VSPC to dictate the particle size and chemistry of cathode powders, using patented technology to generate initial particles directly from solution. The particle genesis is directly compatible with energy-metal technologies under development by LIT and will improve the production process and cost.

The VSPC assets include intellectual property and a decommissioned pilot plant in Brisbane designed to produce complex metal oxides/phosphate powders for the production of lithium-ion batteries. The plant incorporates Australia’s most advanced LIB laboratory/testing facility and equipment for cathode coating and battery-cell production.

The acquisition will provide LIT with the ability to deliver cathode materials into the global lithium-ion battery supply chain from a number of sources. The initial feed sources include unconventional silicates such as micas contained in mine waste, low-grade and contaminated spodumene concentrates, waste materials from battery manufacturers, and used batteries. 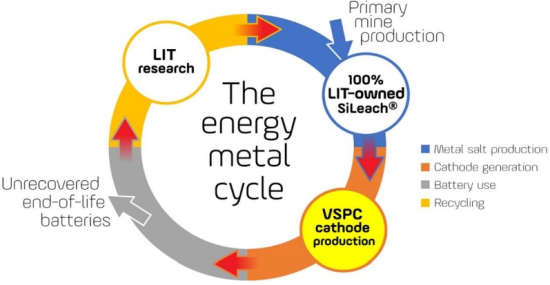 LIT’s SiLeach is a lithium-processing technology that efficiently digests and recovers all significant metal values from ore. It can be applied to a wide range of lithium feedstock, with low energy consumption and high rates of metal recoveries. 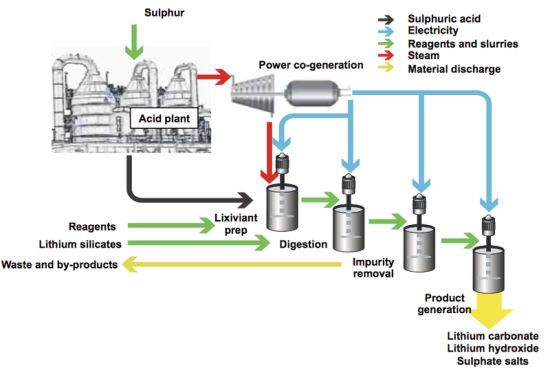 Integration of compatible technologies will ‘close the loop’ on energy-metal usage and re-birth waste materials as superior cathode powders for the manufacture of LIBs.

Plant inspections and servicing are underway, and equipment upgrades are being evaluated in preparation to resume production in July 2018.