Nissan is introducing an improved Nissan e-NV200 electric commercial vehicle, featuring a higher-capacity battery that offers longer range and battery life. Nissan is taking orders in Japan for the vehicle; deliveries will begin in December. 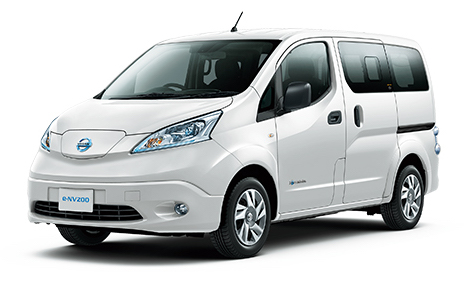 The Nissan e-NV200 features a new 40 kWh battery pack, which gives the vehicle a range of 300 kilometers (186 miles) under Japan’s JC08 standard.

The new e-NV200 can also operate as a mobile power storage unit. The vehicle’s Power Plug, a 100-volt outlet, can provide electricity for tools and equipment. With the optional EV Power Station installed, the Nissan e-NV200 can even supply electricity to offices and shops and serve as a backup power source during blackouts and emergencies.

Additional changes to the Nissan e-NV200 include:

It's another step by Nissan; albeit still a small one! The company seems happy with small steps while the World waits hoping a giant will sweep in with the will power to drive the necessary innovation leading to an electric future.