Continental is expanding its global development activities for the safe launch of automated driving. The engineers are now testing their prototype vehicles on autobahns in Lower Saxony under real traffic conditions. The prototypes are always monitored and operated by a development expert in the driver’s seat.

Continental is developing sensors, vehicle computers, operating systems, and software for automated driving, particularly in Japan, China, the US, and Germany.

As a technology company, we want to increase acceptance of automated driving. This means that, on the road to production readiness, we constantly put our systems to the acid test, investigating everything from the bit to the byte, from the lens to the chip.

Automated driving will not only help car drivers save time. It will also lead to greater safety in road traffic and will reduce emissions. This is why we are working on all forms of automated and autonomous driving – on the autobahn, in the city, and when parking.

Continental also believes in autonomous driving. With its test platform Continental Urban Mobility Experience (CUbE), the technology company tests systems for driverless robo‑taxis in the city. Automated and autonomous parking is also being developed to be ready for production. The goal is seamless, automated mobility without accidents. 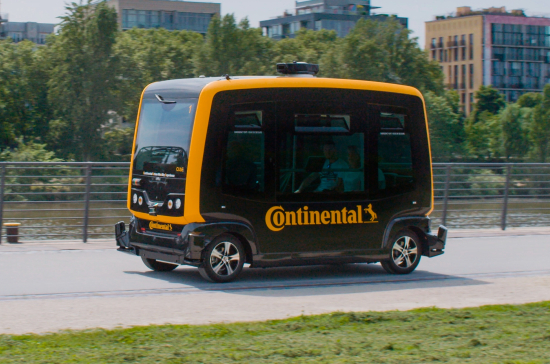 In the future, Lower Saxony will be particularly suitable as a test field for the test drives of the test vehicle Cruising Chauffeur. Cruising Chauffeur delivers SAE Level 3 autonomy for highway/freeway environments excluding entry ramps and exits, including handling of traffic jams and stop-and-go traffic.

The planned routes include not only sections of the autobahn but also highways and routes through the city for subsequent test intervals. 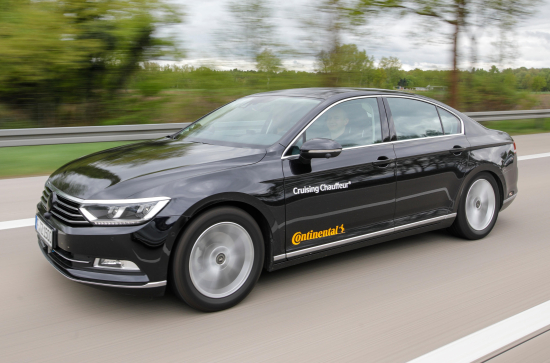 Having concentrated on automated driving on the autobahn in recent years, Continental is now embarking on the next step in the medium-term: the rather more complex highway.

On highways, our systems have to cope with traffic that crosses the vehicle's path, the vastly differing edges, and, just like in the city, with pedestrians and cyclists. This places high demands on our systems.