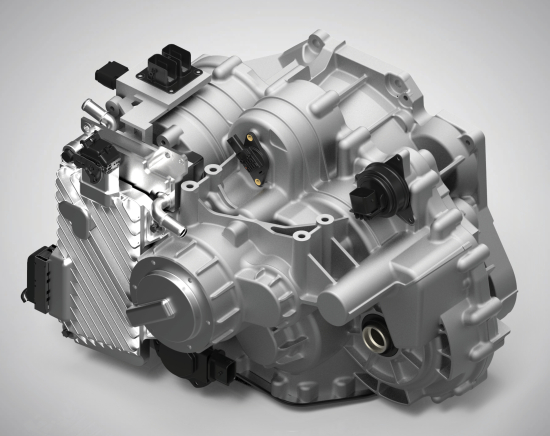 Punch’s current 7-speed DT1 DCT tranmission was specifically developed for the compact car segment. By adopting a new kind of planetary clutch pack, it can shift seamlessly between 7 forward gears while using only 4 gear pairs. Using only one side shaft allows for a lighter, more compact product, while offering a significant cost reduction.

The DT1 is intended for cars with a limited torque up to 190 N·m. The large ratio first gear (1:18) is optimized for this purpose, resulting in smooth accelerations in any circumstance and strong performances on inclines. The DT1 additionally delivers a favorable consumption, thanks to the large ratio coverage of up to 8.

Groupe PSA’s main reason for cooperating with Punch Powertrain is to leverage the patented dual clutch transmission design, which allows for fewer components, and hence a lighter and more compact transmission system. 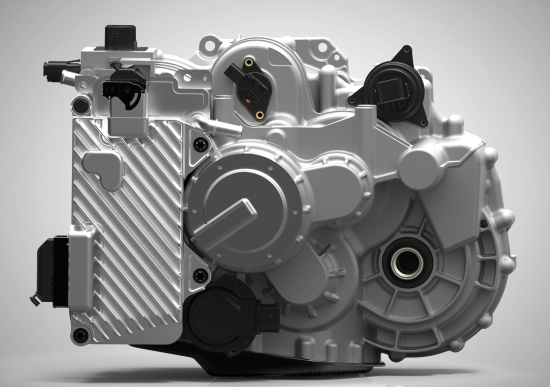 The two companies are entering into discussions about manufacturing the technology at one of Groupe PSA’s plants and are exploring the possibility of extending the partnership.

Punch Powertrain has carried out major investments to meet the requirements of a project of this magnitude, including the acquisition of the power electronics expert Apojee in January 2018.

Apojee is an industry expert in the field of Power Electronics with customers in the German and French Automotive industry (both OEMs and Tier 1s), as well as in motorsports (inverters for Formula E and for Formula One). The acquisition adds a fourth European development center for Punch Powertrain, in addition to the existing ones at its headquarters in Sint-Truiden (BE), Eindhoven (NL) and Flechtorf (DE).

Punch is entirely owned by the Yinyi Group in China. The agreement with Groupe PSA is a major step for Punch Powertrain and is in line with its strategic vision of becoming a global automotive supplier. To secure sustainable and continuous growth, the company has focused on two objectives: expanding its product portfolio and establishing a worldwide customer base in global markets.

In 2017, Punch Powertrain opened 3 new locations. In February, a new Iranian factory was inaugurated, indicating the start of installation of facilities for mass production. In July the German TEG was successfully acquired and in October the new, larger and improved factory in Nanjing (China) became operational.

In February, Punch opened a new production plant in Ningbo (China). This new location of 106.859m² will house the production lines of the current products from Nanjing. As applies to production at all international plats, the quality critical main components will be produced in Sint-Truiden.

In 2017, the total production of CVTs by Punch Powertrain topped 2 million—715,000 of them in 2017. were produced. In 2018, Punch introduced the new VT5—the company’s latest CVT—on the market with the new Landwind Xiaoyao. This marked the beginning of a new series of product launches, many of which will take place later this year. Among the portfolio expansion, VT5 will be introduced in new variants, including 48V and P3-CVT PHEV solution (HS2). Additionally, in 2018 the company will introduce its first electric powertrain on the market.

Looks like it is for petrol engines as the torque level is quite low.
It will be interesting to see how much extra it costs and how much it increases fuel efficiency.
I wonder will they start to make higher voltage mild hybrids. My understanding is that the 48V limit is for safety reasons - could they bring it up to 72 or 96V and still keep it legal (or in what trade blocks could they do that).