The 2017 Compliance Report for the Low Carbon Fuel Standard (LCFS) shows 100% compliance with the regulation.

The program considers greenhouse gas (GHG) emissions at all stages of production of a fuel, from pump or field to wheel. It was originally developed to support a return to 1990 levels of climate-changing gases by 2020, as required by AB 32, the 2006 landmark climate bill. Currently fuel producers who sell their product in California must lower the amount of overall carbon in their fuels 10% by 2020. 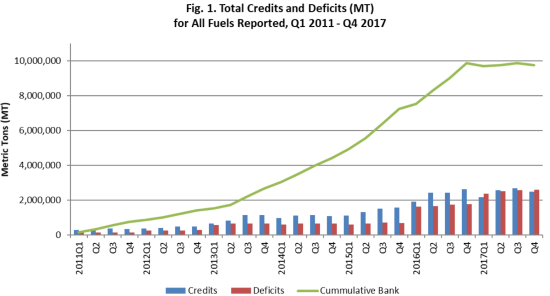 Now that a new climate target of a 40% reduction of climate-changing gases is in place for 2030, California Air Resources Board (ARB) staff has proposed a further reduction in the LCFS to reach a 20% decrease of carbon in vehicle fuels to help meet that target. That reduction will help provide the basis for another overall reduction of an additional 40% by 2050. 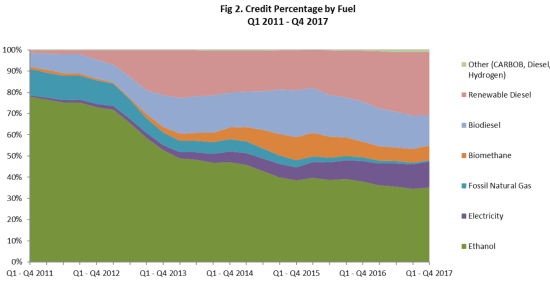 The 100% compliance rate is further proof of the success of the program, ARB said. Of the 262 companies reporting under the program, 55 generated deficits for supplying fuels that were dirtier than the 2017 program benchmark. They were required to make up for their shortfall by purchasing credits from clean fuel providers. All other companies brought cleaner fuels to market—fuels that were below the carbon-intensity baseline.

Since its start in 2011 the program has generated credits representing a total reduction of 35.8 million metric tons of climate-changing gases. That equals an over-compliance of 9.8 million metric tons, meaning that that GHG emission reductions are occurring ahead of schedule. The clean fuels also reduced emissions of toxic pollutants as well as those that cause smog.